The trade show, which starts today in Salt Lake City, has expanded along with the category that has grown dramatically over the last few years.

By Rachel Brown
with contributions from Ariel Sayre
on July 31, 2013
View Slideshow 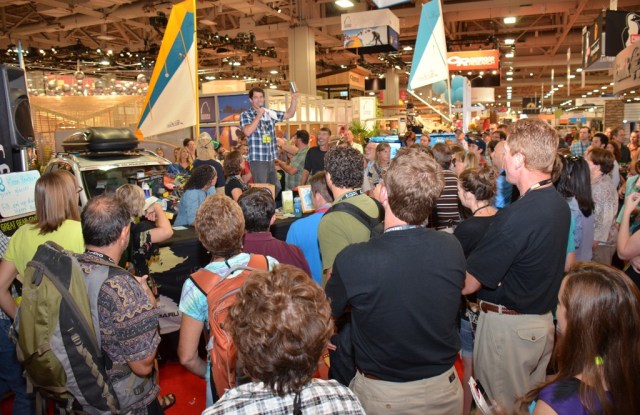 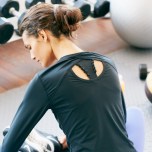 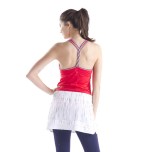 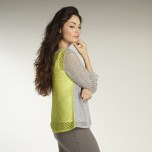 Has interest in outdoor sector peaked, or is it set to climb even higher?

The trade show Outdoor Retailer, which starts its four-day run today at the Salt Palace Convention Center in Salt Lake City, has expanded along with the category that has grown dramatically over the last few years, but whether the sector can duplicate that growth going forward is an open question. The trick for retailers and exhibitors at OR is to keep innovating and broadening the audience for outdoor merchandise, while maintaining core consumers who help validate the importance of the sector.

“There aren’t more people doing actual sports, but there are more people buying outdoor products because of the fashion and style that is popular. That continues to build momentum at all levels of the distribution channel from specialty retailer to online to big box,” said Kenji Haroutunian, vice president at Emerald Expositions and the director of Outdoor Retailer.

Haroutunian wondered, however, if fashion is a long-term recipe for growth in the outdoor industry.

“If there aren’t more people doing it, eventually style mavens will move on,” he said. “Perhaps metallic will be in, or big suits will be the new look — but then what? Is there still an engine driving the industry?”

According to the Outdoor Industry Association, sales of outdoor products fell 1.7 percent in May, the last month for which the OIA has released data, to $828.9 million, marking the first sales decline in 2013. Sales of outdoor apparel dropped 3.3 percent to $162.8 million for the month, primarily driven by stumbles in activewear, sportswear bottoms, socks and undergarments. Outerwear and rain items registered slight increases in May.

Blamed on poor weather, the significance of the weakened sales in May is unclear, but brands and retailers arriving at the OR show appeared to think it was an aberration rather than a harbinger of worse sales to come. They are banking that Americans — 141.9 million of whom were estimated by OIA to have been involved in outdoor activities last year — won’t head back inside.

Participation at OR has certainly not been affected by May’s results. Haroutunian expected turnout to be on par with the show a year ago and estimated there would be about 1,300 exhibitors and 27,000 retail buyers, media and other attendees. The numbers could have been greater if OR wasn’t restricting people and brands with the purpose of quality control. “It won’t be a significantly bigger show either in footprint or overall attendance,” said Haroutunian. “It has been in the fastest 50 growing shows in the country [by attendance, according to the Trade Show News Network] for the past few years. It is time to focus on the quality side.”

Out of the roughly 1,300 exhibitors at the show, about 300 are new to OR. Fox Head Inc., Griffin Technology, Hang Ten, Incipio, JVC Co. of America/JVC Adixxion, Str/ke Mvmnt, Toms and Trimble Outdoors are examples of the new brands. Some of the brands returning to the expo are Crumpler, Gaiam Inc., Mountain Khakis and Dickies.

As it has matured, Haroutunian noted OR has been able to attract brands already well known in fields beyond the outdoor sector, while brands just launching have been a smaller contributor to the growth of the show’s label lineup. However, he senses nascent brands are increasing as the economy improves. Unikia, LifeProof and Cozy Orange are a few of the young companies at OR.

“Throughout the recession, we saw the close of entrepreneurial start-up companies, and the migration of established brands, particularly in apparel and footwear,” said Haroutunian. “This year, one of the things that buyers will see at the show is more of that entrepreneurial, smaller company returning to the show floor. Maybe it did start last summer in a trickle, but there are definitely more this time.”

Across the merchandise categories OR covers, yoga has been especially hot. The trade show has gathered yoga brands into a dedicated yoga zone. One of the brands in the zone, Montreal-based Lolë, is at OR to further its push into the U.S., where Nordstrom, Zappos, REI and Dick’s Sporting Goods are among the retailers that have stocked the brand.

“The U.S. market has been great for us. We see increases year-over-year,” said Vanessa Ladovan, director of U.S. sales at Lolë. Nathalie Binda, vice president of marketing, added, “For us, the show is definitely a place where we can meet all the U.S. retailers. The show tends to be a bit late for the booking deadlines, which have already passed on 90 percent of the collection. So, for us, they are just coming to finalize their picks and to see if they can get the best selection possible.”

For its upcoming spring collection, Lolë is emphasizing layering for the woman who wants to wear its clothing in the studio and on the street. “You have a printed cami and you can throw a solid shirt on top of that. You can have a jacket or a scarf over a flowing tank top. Therefore, you can have a true outfit,” said Binda.

She stressed that the choices for yoga are “truly functional and technical for your yoga classes, but you can wear them on the street glamorously.” Items within Lolë’s active repertoire are largely priced from $27.50 to $60 wholesale.

VF Corp.-owned Lucy Activewear is another yoga apparel brand showing at OR. Lucy is enhancing its legging offering for spring with the Perfect Booty Capri Legging, which applies its signature Perfect Core technology to the behind.

“Our ultrathin compression panels…slim the hips and thighs, and shape the butt,” said Dawn Dzedzy, director of marketing at Lucy, “and they remind you to contract your glutes for a more effective workout. Side seams are set forward for additional slimming effect.”

In the market as a whole, Dzedzy elaborated that colored bottoms are a key trend, especially bottoms with pops of neon, prints and front-to-back colorblocking. Bottoms from Lucy range from $79 to $108 at retail.

In a sector reliant on consumers’ passion for the outdoors, it isn’t surprising that brands with ecological messages have prominent presence at OR.

“Our sustainability really resonates in the outdoor market, more so than in the fashion market,” said Eric Fleet, cofounder of the brand Threads 4 Thought. “We use organic cotton, polyester recycled from plastic water bottles and Modal, which is a Lenzing Modal produced in a closed-loop process.”

Threads 4 Thought’s wholesale prices on basic T-shirts run from $6 to $45.

Men’s has been the primary growth driver at Threads 4 Thought, but Fleet reported sales of the brand’s women’s merchandise has been rising year-over-year.

“On the women’s side this spring, we have seen our sales at retail double. We have had inventory shortages all spring,” he said. For OR, he pointed to Threads 4 Thought’s “outdoor lifestyle hybrid knits collection” as important in women’s. “The colors are really bright and bold like gold and peach, and the graphics within that group are going to drive it. There are fun sweatshirts and tank tops, soft, easy-to-wear casual pieces.”

Organic cotton specialist Indigenous believes consumers’ hunger for transparency will help its business. Indigenous began shipping its 2013 line with a QR code on every hangtag that connects to a garment origin traceability tool via any smartphone. “The woman who buys Indigenous is looking to see what goes into the process,” said Matt Reynolds, founder and president of Indigenous. He suggested the recent garment industry tragedies in Bangladesh that have claimed more than 1,200 lives have heightened consumer awareness about the need for information about the origins of clothing.

For spring, Indigenous is highlighting what Reynolds calls investment dressing. He explained there are pieces, including reversible dresses, that “can be worn with up to four or five different looks, depending on how you manipulate the garment.” Indigenous retails from $50 to $600.

Emilie Moça Whitaker, designer and founder of Beija-Flor Jeans, feels consumers are tiring of fast-fashion and craving quality, responsible merchandise. For that reason, the brand is concentrating on its eco-chic collection at OR. The line contains jeans made from recycled water bottles, and 70 percent of the water used in the manufacturing process is reused.

“We have a very tight collection with about 30 different styles. It is a year-round collection where we introduce new styles every quarter. Each style is typically seasonless,” said Moça Whitaker. Beija-Flor Jeans’ denim styles are mainly $70 to $85 wholesale.

Contacts
Web: Outdoorretailer.com, for a full slate of seminars, events and show information