Salon organizers here cited a sharp uptick in applications for exhibition space from quality brands and producers for the coming sessions.

By Katya Foreman and Joelle Diderich on May 19, 2010
View Slideshow 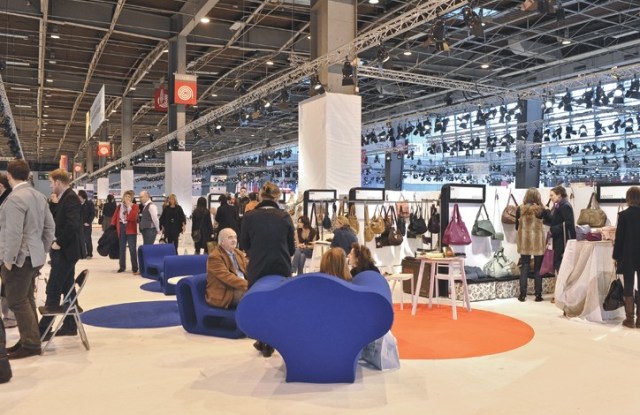 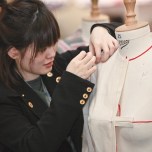 PARIS — Salon organizers here cited a sharp uptick in applications for exhibition space from quality brands and producers for the coming sessions, which they hope indicates a parting of clouds.

“It’s another sign that the market is picking up,” said Philippe Pasquet, chief executive officer of Première Vision, which has trimmed the duration of its fall session to three days from four, running Sept. 14 to 16, to better reflect visitors’ compressed agendas.

Pasquet said the aim was to optimize the textile salon’s organization as a compact one-stop shopping experience. The event is part of the Première Vision Pluriel network of complementary shows, which includes Indigo and Expofil.

Following a dismal year, with a 23 percent plunge in apparel production in France and similar setbacks for producers across Europe, Pasquet said things were beginning to look up.

“Certain firms have returned to pre-crisis levels of production, which is starting to compensate for their losses,” he said.

A spokeswoman for the Premiere Classe and Who’s Next trade shows also reported that organizers were overwhelmed with the level of demand from brands. The Paris shows are due to run concurrently on Sept. 4 to 7 at Porte de Versailles, with a second session for Premiere Classe scheduled for the city’s Jardin des Tuileries venue Oct. 1 to 4.

Among new developments, meanwhile, global trade fair organizer Messe Frankfurt is moving into the realm of ready-to-wear with the recent acquisition of Paris-based Ethical Fashion Show.

Messe Frankfurt — which runs 31 textile trade shows, including Texworld — said it planned to surf on the growing interest in green, fair trade and sustainable fashion to grow the show in Paris and then expand abroad.

“I had felt for some time that Messe Frankfurt’s portfolio was lacking finished products,” explained Michael Scherpe, president of Messe Frankfurt France.

Texworld, which will run Sept. 13 to 16 at Le Bourget, is also upping its fashion quotient following the appointment this year of designers Grégory Lamaud and Louis Gérin as artistic directors. The fall edition also will feature a first: creations by fashion students using exhibitors’ fabrics.

Following earlier collaborations with foreign fashion schools in the show’s Designers & Fashion section, Messe Frankfurt called on students at France’s ESMOD to design the outfits. “Texworld is going to accompany, and in some cases anticipate, the fashion evolution of our exhibitors,” said Scherpe.

For its sixth edition, running June 2 to 3, Denim by Première Vision will move to a more central Paris location at the Halle Freyssinet, in the city’s 13th arrondissement. The event has introduced a Future Denim Designers Award under the aegis of denim guru Adriano Goldschmied. Supervised by Rad Rags’ Umberto Brochetto, a group of students from London’s Central Saint Martins school will compete for the award.

Among new kids in town, Designers & Agents, which holds seasonal shows in Los Angeles and New York, will launch its first Paris edition this fall. Dubbed D&A Paris, it will bring a select crop of American brands.

The salon will be held Oct. 1 to 4 at Gallery Nikki Diana Marquardt in the Marais district. Future editions will expand to include an international group.

“For the American designers who have a definitive style that can translate abroad, Paris presents a great opportunity… to meet buyers from around the world,” said Barbara Kramer, the fair’s co-founder.

Muriel Piaser, the newly named director of the Prêt à Porter Paris, noted, however, that many contemporary brands and secondary lines have lost interest in the traditional trade show format.

Brands like Paul & Joe and Antik Batik have dropped out of Prêt à Porter’s September show in Paris in recent years because most buyers had already closed their budgets by that date, forcing organizers to rethink both the format and the timing of their offer.

Piaser’s proposition is a revamped version of Before by July, the inter-seasonal trade show launched last year. The 2010 edition will be held at the former Stock Exchange building in central Paris on July 4 and 5, just before the start of couture week.

The highlight of the event is a series of fashion shows branded Paris Fashion Days, which will showcase spring 2011 designs for buyers and fall 2010 creations for the general public. Visitors will walk away with a look book and a video of the show, which they can broadcast in-store.

“These brands dream of having access to the catwalk, but they are not necessarily able to do that,” Piaser said. “So we thought we would create a fashion week for them.”