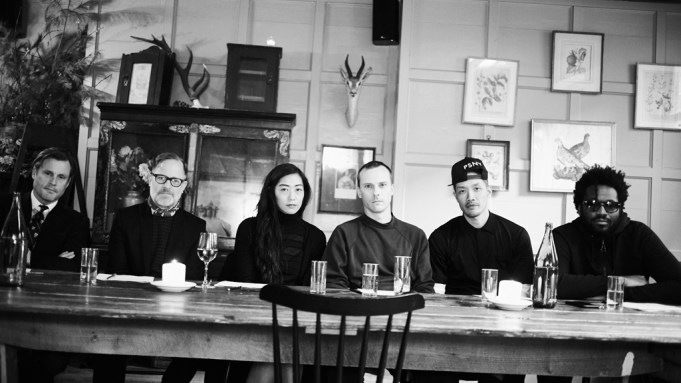 A blue-chip group of designers and retailers put on judges hats Thursday night as fashion students from across the country vied for scholarships awarded by Joe’s Blackbook, a New York-based recruitment and consulting firm.

“We started this around five years ago,” said Joe’s Blackbook founder Joe Medved. “We wanted to find a way to give back.” Although Medved said most of his job placements are at “a higher level, this is the way to stay connected to emerging talent.”

The scholarship contest started with close to 100 projects being submitted from 13 schools around the country. They were culled last month to six finalists: three each for men’s and women’s wear. The finalists were brought to Freemans Sporting Club to present their ideas to the industry experts.

The students were given 20 minutes to address the judges and provide details on their projects, which were inspired by everything from superheroes to New York City buildings. Pask marveled at the “level of sophistication” exhibited by the students while Levine reminded them that they needed to always consider the ultimate “commerce” component of their work.

At the end of the night, both winners were from The New School’s Parsons School of Design: Jennifer Kagmin Lee for women’s wear and Sijun Guo for men’s wear. Guo’s project centered around a collection of old photographs while Lee was inspired by artist Felice Varini.