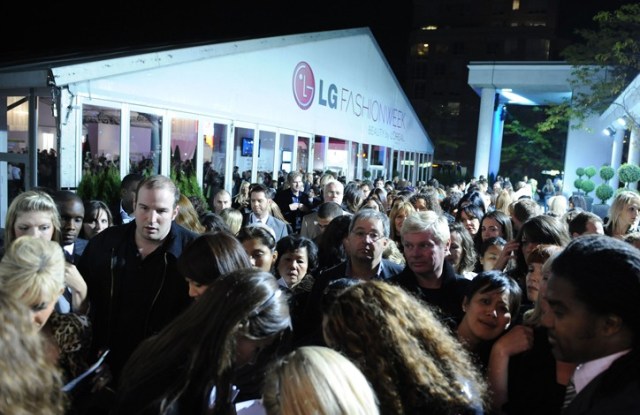 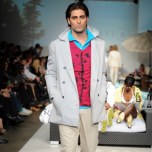 MONTREAL — Canadian trade show organizers are upbeat heading into 2010 after more than holding their own this year, even as wholesale and retail sales across the country shrank by 4.2 percent from a year ago, according to Scotiabank, which predicts growth of 2.9 percent in 2010.

At least one organization is trying a new format to appeal to its exhibitors.

“The focus at Place Bonaventure will be on apparel, while the hard-goods exhibitors will be at Mont Tremblant between Jan. 19 and 21. We thought it would be more beneficial for apparel vendors to stay in the city while hard-good companies could test their ski and snowboard equipment on the mountain.”

Based on orders from retailers, the NSIA is in pretty good shape and could end up doing “far better than expected in 2010 than 2009,” Di Meglio said.

The accessories business also isn’t feeling any hangover from the recession and is actually enjoying a mini boom, according to Alice Chee, organizer of the Mode Accessories Show taking place Jan. 31 to Feb. 2 at the Doubletree by Hilton in Toronto.

Chee thinks the recession is good for her business, with consumers opting to upgrade their wardrobes with a necklace or purse rather than spending more on clothing. “Accessories are what’s turning over in retail and clothing stores, gift stores and even drug stores are adding accessories to their product mix,” she observed.

Chee sees two trends emerging for spring. With apparel being toned down, she expects brighter accessories and a paler and softer side to reflect the tough economy.

Attendance should be up at both the Ontario Fashion Exhibitors Profile Show Feb. 28 to March 2 and the regular OFE show March 20 to 23, both taking place at the Toronto Congress Center, according to show manager Michael Dargavel.

“Based on the reaction we had from exhibitors and retailers at our most recent shows, we do expect bigger numbers for our spring shows,” said Dargavel. “We’ve also gotten a boost by having our show at the same time and same venue as the Toronto Shoe Show.”

“The spring 2010 show held in October created the largest season the FDCC has produced to date,” Kay said. “This season, we moved venues, into the west end art and fashion community, on King Street West, and built a runway stadium holding in excess of 1,100 seats. It attracted 40,000 guests, exceeding last March’s attendance by approximately 16,000 visitors over the week.”

The 75 participating designers included Canadians as well as an international cadre from India, Dubai and the U.S. Among the international media were RAI TV from Italy, the Huffington Post from the U.S., and Moda Diffusione from Colombia, Kay added. “We look forward to raising the bar again next season with well known and new designers, as our current designers expand their sales landscapes at LG Fashion Week in March,” she said.

The North American Fur & Fashion Exposition, known as NAFFEM, North America’s premium luxury outerwear show, is slated for May 2 to 4 at Place Bonaventure. It will features fur garments, outerwear including leather, shearlings, cashmeres, accessories, finished products and fur pelts. Organizers expect to welcome back a few more exhibitors and buyers who have stayed away in the past two years due to the recession, according to exhibition manager Lina Romano.

“Although last year was unusually quiet compared to most years, NAFFEM still remains the niche luxury outerwear show in North America, and in today’s market, it’s critical the supply side stays in touch with retailers. Trade shows are important for that, especially for luxury goods,” she said.

While NAFFEM attracts some overseas buyers, it’s primarily a North American show, where 85 percent of the 3,300-plus attendees are from Canada and the U.S. The 200-plus exhibitors hail from Canada, the U.S., Denmark, Finland, France, Italy, Germany, Greece and Turkey.