Each month on a Wednesday at precisely 10 a.m., the three-person startup drops a new, three-item micro-collection of women’s apparel and accessories. 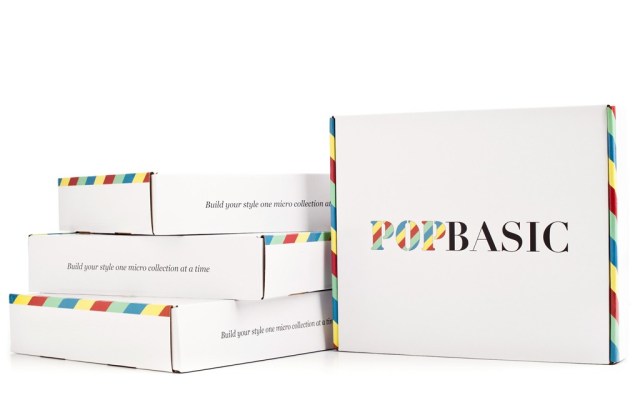 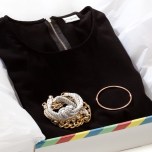 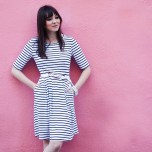 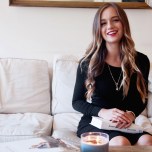 At a time when consumers can purchase anything they want, anytime, Popbasic is building a cult following by giving fans the opposite.

Each month on a Wednesday at precisely 10 a.m., the three-person startup drops a new, three-item micro-collection of women’s apparel and accessories whose contents have been hinted at, but not completely revealed, on social media.

The triple-threat is the tiny brand’s spin on a trio of time-honored economic hacks: suspense, scarcity and bundled pricing.

The 15th such collection, dubbed the Jovial, went on sale Wednesday morning. Continuing the company’s focus on contemporary basics, it includes a pair of black skinny jeans, a red top and crystal necklace designed in-house, manufactured in China and only sold as a threesome for $75. By evening, select sizes were already sold out. If this release fares like ones preceding it, the entire run of about 400 units will be gone within two weeks, snapped up by a customer base that’s mostly aged 24 to 30 and living in the U.S. or Australia, with each country accounting for 45 percent of sales. Albeit on a small scale, the approach is working. Popbasic has grown revenue by 50 percent month over month for the last three months.

The company’s 28-year-old co-founder and chief executive officer, Madeline Veenstra, is behind the brand’s fresh-scrubbed, girl-next-door style. She does a podcast for fans, puts handwritten notes in packages, emails customers and asks Facebook fans to weigh in on design details and choose best-sellers to bring back in future collections. She teases special products via social media.

“We’ve really set out to build a community around Popbasic, and that’s really driven sales and the pieces we release,” said Veenstra, who credits a referral program for growth in the absence of marketing or advertising budgets.

But there’s pragmatism behind the talk of community.

“The micro collections are really allowing us to do A/B testing on the customer so we figure out what pieces are the most popular,” Veenstra said.

She and her co-founder Coen Hyde, also her fiancé, came to the United States from their native Australia to launch the company in 2013. Before that, Veenstra built Wikifashion.com, a community for fashion fans that helped bring the earliest shoppers to Popbasic. The first micro-collection debuted in late spring 2013 and sold out in 10 days. More followed and soon became monthly releases. Next, the pair joined Batch 7 of the 500 Startups accelerator. An October Kickstarter campaign to raise $20,000 to produce a strawberry-print silk blouse for the site hit its goal in five hours, then continued to climb, ultimately reaching $75,217. With the extra funds, Popbasic said it will release two additional prints.

Also in the works for 2015 are core pieces that will be available for purchase anytime, a subscription option, a line of leather accessories and one-off items inspired by trendy silhouettes and colors.