A quintet of standout names at the tradeshow, which will run from Feb. 13 to 15. 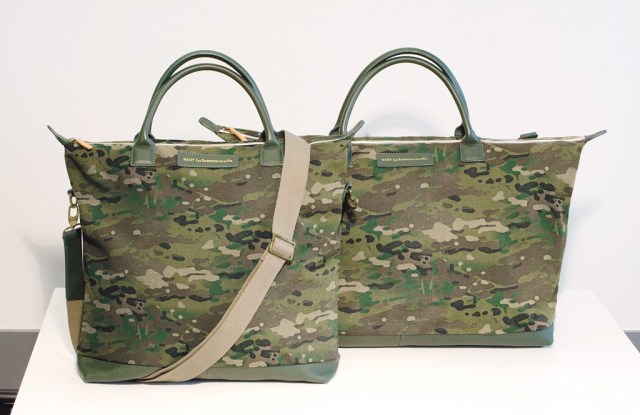 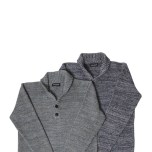 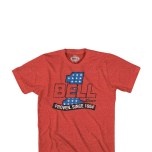 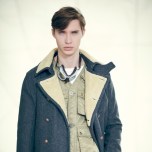 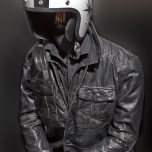 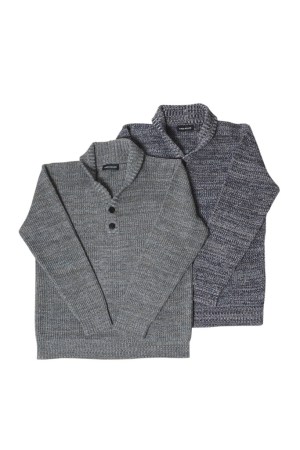 While most camouflage is meant to blend in, the fall capsule collection from Want Les Essentiels de la Vie stands out. The Montreal-based luxury accessories brand has used the military motif on five designs as part of the Project Wooster installation overseen by Project’s creative adviser, Nick Wooster. Unlike last season, retailers will be able to order from the specially curated lineup of high-end brands spotlighted in Project Wooster.

“I think for Nick the whole idea of camo is something that transcends trends and is never in or out of fashion,” said Dexter Peart, who co-founded Want Les Essentiels de la Vie with his brother, Byron Peart, and business partner Mark Wiltzer. The trio also operate the Want Agency multibrand showrooms in Montreal and New York.

The camo line includes a weekend bag, sport bag, shopper tote, dopp kit and iPad case, all made from water-resistant, heavy-duty nylon adorned with the patented MultiCam pattern from Crye Precision. Calfskin trim in green moss adds a luxe touch to the designs.

“We were inspired by the U.S. Army and the technical function and purpose of use of camo. The MultiCam was a perfect choice, not only for its authenticity — it is widely regarded as the most advanced camouflage — but also for the complexity of pattern design, which creates a blending effect that disguises the wearer,” said Peart.

Simon Miller has a new duo running the denim maker, following the exit of the company’s namesake founder in August. The brand is now in the twentysomething hands of Daniel Corrigan and Jake Sargent, with the former a key employee of Miller’s and the latter previously the manager for product development and retail development at Monocle magazine.

“We feel there’s a need for a men’s denim line that is really premium but is sophisticated and with a subtle brand image,” said Sargent. For fall, the denim offering includes 2×1 Japanese selvage denim, which is a tighter weave than usual and produces a dressier, more sophisticated look. The partners also aim to differentiate their jeans with high-end details like back leather patches from Japan and hardware from Italy.

The fall line is available in two fits, slim and straight, in a range of dark rinses and vintage washes. The jeans retail from $230 to $365

This spring, the line is in a handful of accounts, including Barneys New York, Ron Herman and Steven Alan, and the company is set to expand to additional specialty stores in the fall.

Sargent and Corrigan are introducing knitwear to the brand, including alpaca-linen pullovers, wool-cashmere shawl-neck Henleys and double-knit cardigans, which will retail between $330 and $895.

“A lot of denim brands go into T-shirts and wovens, so we thought it was more unusual to go into knitwear,” said Sargent.

Cyclists — both those who opt for motors and those who use their legs for power — have been wearing Bell helmets for over half a century. And although the brand has dabbled in apparel over the years — most of it technical gear to wear while riding — it is now taking the plunge by launching a collection of T-shirts sporting vintage images from the company’s past.

Founded in 1954 by Roy Richter, Bell has been focused on hard goods throughout most of its history, said Don Palermini, director of marketing. “But we did some soul-searching and saw a bigger opportunity. So many companies are mining the heritage vein, making up names that have no connection to the sport. Our archives contain a treasure trove of marks, icons and graphics that reflect the culture of racing, performance and competition which Bell helped enable. We thought it was time to offer something authentic.”

Palermini said the company is taking a “metered approach” to the apparel range, and will offer a limited assortment of “cultural Ts” with images that the company found and “dusted off.”

For example, T-shirt styles will include a “Since 54” logo, celebrating the year of its founding, as well as “Bell #1,” a graphic inspired by daredevil Evel Knievel. There will also be a “Bell Original” offering. They will retail for $25 to $35, and the distribution will be targeted to small to midsize boutiques and a few motorcycle and bicycle shops that also sell lifestyle product, he said.

“We see it as a modest business and will evaluate as we go,” Palermini said. “We believe there’s a larger soft goods dimension, but this is our initial foray and we’ll see what happens. We’ll look at the business through a Bell lens. We don’t want to get into an arms race with another giant sports company.”

First established in 1755 and named after Cardinal Wolsey, the Wolsey brand has been worn by British soldiers during both World Wars, by British Olympians and even by members of the Royal Family. The company was awarded a royal warrant in 1959 by the late Queen Mother.

Today, Wolsey is owned by the Hargreaves family, who bought it in 2010 and have turned it into a premium maker of modern men’s wear classics with British heritage appeal.

The fall line is the first designed under the supervision of new creative director Richard Bengtsson and the first time the brand is targeting the U.S. market. “The Wolsey range really has outdoor utility at its heart. We’ve utilized detailing from hunting and fishing garments, and fabrics are varied to offer interesting textures,” said Bengtsson. For Wolsey 1755, a higher-end line, “we’ve been inspired by cultural icons of the Sixties and Seventies, particularly the film stars, incorporating their individual style when designing men’s wear wardrobe classics.”

“The U.S. is to be a firm focus, and we intend to fully develop it as a market, in partnership with the best stores,” said Fergus Patterson, chief executive officer of Wolsey.

G-III Apparel Group Ltd. is giving the Marc Moto brand a second chance at life, following an aborted launch effort in 2010. For fall, Marc Moto, which is a lower-priced denim and sportswear spin-off of the Andrew Marc brand, will offer a rock ’n’ roll-inflected take on casual classics and workwear.

Marc Moto — which bears the moniker “The Rebel Division of Andrew Marc” — encompasses denim, nondenim bottoms, graphic T-shirts, knitwear and shirts with a vintage vibe, and leather jackets. A twill vest with waxed-cotton shoulder patches is $98; an unconstructed cotton pin-striped blazer is $138; a hand-sanded vintage motorcycle jacket is $398, and a red leather jacket in dyed lambskin is $450.

The original launch in 2010 for Marc Moto was under a license with the jeanswear division of The Jones Group Inc., but the plug was pulled on the project before any product ever hit retail. An entire collection was created in that first effort, targeted at stores like Macy’s, Dillard’s, Bon-Ton and Belk. The Jones Group last year tried to exit its denim business, negotiating to sell the division to Delta Galil Industries Ltd., but talks broke down last month.

With this revived initiative, G-III is producing Marc Moto in-house and targeting higher-end stores like Nordstrom, Bloomingdale’s and Lord & Taylor. The core Andrew Marc brand is currently in over 300 stores in the U.S.