The line has blurred between resort and ready-to-wear, whether beach-to-street styles or a swimsuit and bodysuit hybrid. 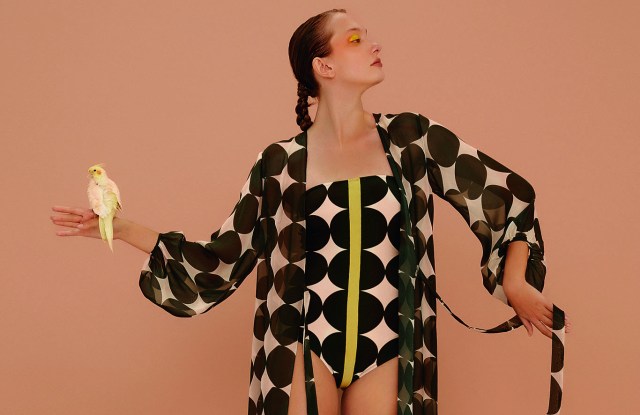 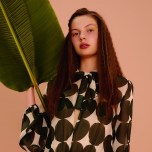 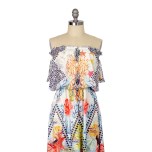 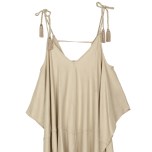 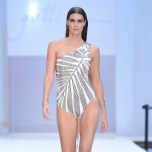 MIAMI — Resortwear’s evolution into a year-round business and lifestyle was clearly on display at the annual Miami Swim Week.

During the three trade shows — the longest and largest being SwimShow with four days and 2,500 lines, followed by Cabana and Hammock — buyers wrote more orders and immediates and vendors showed their move from two collections a year to fast-fashion’s model of multiple deliveries for constant newness. The line has blurred between resort and ready-to-wear, whether beach-to-street styles or a swimsuit and bodysuit hybrid.

“We don’t even call it resortwear anymore but elevated destination wear,” said Roge Hanlon, swim director for Fiftytwo showroom, regarding Adriana Degreas’ silk and silk georgette blouses and dresses that work back to triangle tops and one-pieces. “These pieces don’t restrict women from going to their next stop, and we all know how terrible traffic can be.”

Skin Worldwide Inc. further illustrated the trend with its entrance into swimwear, which was shown at Cabana. The collection, introduced for resort 2017, is targeted as an answer to the question: “As you travel through the day, wouldn’t it be nice if your beachwear did, too?” The collection is as much resortwear as swimwear, featuring reversible maillots and bikini tops and bottoms in colors ranging from naturals to red and bronze, as well as cropped tops and joggers — all in Skin’s signature soft and natural fabrics.

Designers are further stretching the definition of swimwear by playing with nontraditional fabrics that mimic velvet and suede, as well as lingerie-inspired lace and digital prints of textured materials such as denim and embellishment — including coins, chains, gemstones and embroidery. Gottex Couture, which premiered last year to good response, goes to the extreme with ornate sequins and Swarovski crystals.

Jessica Sanderson, senior director for buying and merchandising at Maris Collective, a resort retailer based in Los Angeles, has shied away from bulky hardware because it snags cover-ups and gets hot in the sun. Her clientele prefers seamless suits that fit flat to the body. The farthest they may go is a dramatic ruffle.

“It’s more about fun accessories like a cute tote or navy-and-white striped shoe,” she said.

Thanks to her luxury resorts’ captive audience, who charge purchases to their rooms as if using Monopoly money, her open to buy increases 5 to 20 percent annually depending on the property. She devotes 20 percent of her budget to new lines because her customer is always seeking a fresh assortment.

“They come in several times a day,” said Sanderson, who constantly flips stores, changes windows and hosts events. “No matter how much they pack, they still want to shop.”

“A fun environment puts them in the mood, and then they don’t mind hanging out for five hours,” said vice president of design and merchandising Howie Greller of the first-time experiment. “It also ties into our Latin American folkloric story across all our brands.”

SwimShow’s Collection section was equally inviting. Its chic aesthetic and focused audience appealed to Roberta Roller Rabbit’s sales director Mary Morgan, who took a 10-by-30-foot booth. Her appointments and walk-ins were divided down the middle.

“We’re only getting high-end retailers here, which has helped a lot,” said Morgan, whose Monday traffic picked up significantly. “But the show would better serve retailers if it were held during the week. I just don’t think they can leave stores on weekends, especially in peak summer.”

Usually found at one of her three namesake boutiques in South Florida, Jessie Uchuya didn’t mind stepping out since her resort business has jumped from 10 percent to half her inventory over 12 years. She dedicates 40 percent of her budget to swim and resort. Suits retailing from $140 to $350 target her mother and daughter market of tourists and locals who island hop to the Florida Keys, Bahamas and St. Barts. New lines account for a third of orders to satisfy regulars, who also look for translations of rtw trends such as Eighties silhouettes and for versatility, such as pairing a bodysuit with vintage Levi’s for dinner.

“They aren’t just bringing one or two suits for the whole trip but at least one per day,” Uchuya said.

Seafolly understands increased demand. The Australian brand expanded from two to four annual collections, which are delivered at the same time worldwide due to social media. The entire swimwear cycle has sped up, according to sales director Linda Crouch.

“The same big spring delivery once sat in the store through summer sales, but now smaller deliveries are spread out for newness. Buyers and brands have to be quicker and sharper than ever,” she said.

Bodysuits, from tanks to cap and long sleeves; and ribbed to zippers