The designer, whose fashion label under Liz Claiborne Inc. peaked at $100 million in wholesale volume, has some new plans up her colorful sleeves. 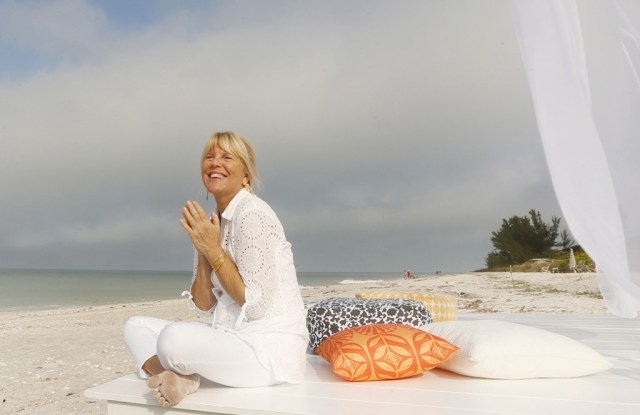 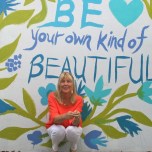 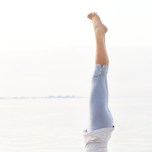 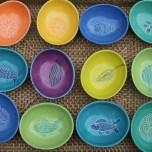 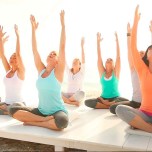 NEW YORK — Sigrid Olsen, whose fashion label under Liz Claiborne Inc. peaked at $100 million in wholesale volume, has some new plans up her colorful sleeves.

The women’s sportswear company was shuttered in 2008, and Olsen lost the rights to her name. Last month, she got her label back from Fifth & Pacific Cos. Inc. (the former Liz Claiborne Inc.) and wants back in the fashion game.

During the past six years, Olsen reinvented herself, operating creative wellness retreats around the world, where she runs art workshops and yoga classes, and two fashion boutiques. Now she’s eager to add yoga apparel, accessories and home decor under her own name to her repertoire.

“They let me have my trademarks back and I’m free to do whatever I want with it,” said Olsen, on a visit to New York. “It’s the first time I’ve had creative control over my name.” Olsen began her company in 1984 as a division of Segrets Inc., which was sold to Claiborne in 1999.

An accomplished artist, Olsen envisions her brand — with the tag line “Sigrid Olsen. New Designs on Living.” — being integrated into a lifestyle concept. “I’m not going to start my own company again. I want to partner with people with the infrastructure to do manufacturing and distribution. I’d like to be a design consultant,” she said.

While away from Seventh Avenue, Olsen developed another brand called Isla Beach House, which operated stores in Gloucester, Mass., as well as Sarasota, Fla. (which closed May 1). Isla sells beachy-chic fashion, scarves, jewelry, tunics, and T-shirts from other designers and fair-trade vendors, as well as her own watercolor prints. “I used it as a laboratory,” said Olsen, who had a noncompete for two years with Fifth & Pacific after the business closed.

“I’m so compulsively creative, it was hard for me not to do something,” said Olsen, who creates and sells her own artwork, greeting cards and ceramics. She said the hiatus provided an opportunity “to slow down and take the time to regroup.” She took a trip to Tulum, Mexico, and “walked the beach and did yoga and tried to figure out what I wanted to be when I grew up.” Her late husband suggested she do her own retreats. Olsen’s sister, Martha Abbot, is a yoga instructor and they teamed up whereby Olsen runs the art workshops and her sister teaches yoga and does healing. This is combined with wholesome eating, juicing and meditation.

Olsen has run these retreats, usually for a group of 20 women, in places such as Tulum; Tuscany; Provence; Rockport, Mass.; Ojai, Calif., and Sarasota, Fla. She said the women that attend aren’t necessarily artistic, but they use the art projects as “self-expression.” She has them do visual journaling, and they work in watercolors and collage. “I think of it as a communal process, almost like a quilting bee,” said Olsen. “People really bond for the week.”

The retreats attract women anywhere from 30 to 60 years old, she said. “Many are attracted to the retreats because they know my name from buying my clothes. They have an interest in transformation, relaxation, rejuvenation and reinvention.”

Olsen was a division of Claiborne from 1999 to 2008, and became one of the 16 brands that William McComb, then chief executive officer of Claiborne, put under review. At the time, there were no takers, and the brand was shuttered. Olsen said the brand hit a low point when McComb decided to sell it because of the difficult economy. The design team had moved to Hong Kong, and there were 12 people working on the brand in New York, and 12 in Massachusetts. At its height, Olsen employed 150 people. Olsen had 54 specialty stores.

Olsen said she wasn’t shocked when McComb closed her business, but was shocked when he put the brand under review. “In 2005, we were one of the top-performing brands in the whole Liz Claiborne stable,” she said. “We just hit a slump. It was bad timing.”

Now that she has her name back, Olsen has begun having conversations with companies about home furnishings, fashion and accessories.

“I’m not the same Sigrid Olsen I always was. People want you to repeat what I was doing before, that was good for then, and this is good for now.” She said that color drives everything that she does. “My ultimate dream, with my aesthetic, is to create a well-being lifestyle center,” said Olsen. That would include an art studio, yoga studio, kitchen for cooking classes, a retail store and maybe even cabins for overnight guests.

Asked why the designer, a member of the Council of Fashion Designers of America, is so eager to reenter the fashion fray, she said: “I keep asking that myself. It’s part of my relationship with my consumer….I do miss designing. I like the process of mentoring and bringing people into my business.” She described the Sigrid Olsen brand, which targeted Baby Boomers, “as being stylish and flattering without being trendy.”

“Our customers loved the color and the fit,” said Olsen, who was previously a textile designer before starting her own collection.