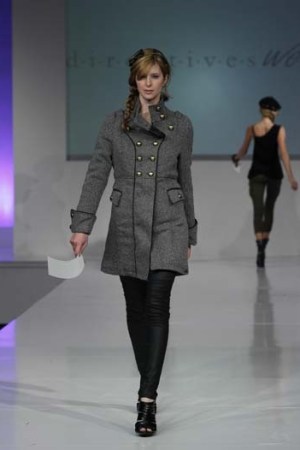 LOS ANGELES — To differentiate themselves from competing trade shows and entice budget-conscious buyers and exhibitors, apparel expos in Southern California are trying a variety of tactics, from setting up one-stop shopping and offering free hotel rooms to moving their dates to more advantageous spots on the calendar.

One of the biggest marketing ploys is ASR Marketplace’s decision to move its second show of the year at the San Diego Convention Center a month earlier than usual. For the last 29 years, the semiannual fair catering to the skate, surf, motocross and snowboard industries has hosted its show over the weekend following Labor Day. The next show highlighting the spring collections will be held Aug. 13 to 15, squeezed between the Los Angeles contemporary fashion market and Las Vegas’ MAGIC Marketplace.

Andy Tompkins, vice president of Nielsen Sports Group, which oversees ASR, said the earlier dates reflect the evolution of the action sports industry, which now sees retailers buying year-round rather than waiting for their summer business to end before traveling to shows where they can place orders for the next season. Though the concentration of three major trade shows in Los Angeles, San Diego and Las Vegas within a twoweek period might seem overwhelming, he said the close dates allow retailers from out of town, particularly overseas travelers, to hit the shows on one extended trip.

Plus, the mid-August dates place ASR right before the selling deadlines for Quiksilver, Billabong, Rip Curl, O’Neill, Fox Head, Volcom, Vans and some 700 brands planning to exhibit at ASR, which includes Class@ASR and Crossroads, a skateboard-oriented show that will be held nearby on Petco Park’s asphalt parking lot with 150 exhibitors.

“Over time, the sales calendars have moved. ASR would do best doing that, as well,” Tompkins said. “It should be much more efficient for the entire market.”

In addition to the new dates, ASR will introduce two sub-shows in August: Sacred Craft, an area where consumers can order surfboards directly from more than 100 board shapers, and La Plage, a section devoted to more than 100 swim brands. While Sacred Craft will be the only part of the business-to-business show where consumers can buy products, La Plage, which means “beach” in French, will be held every August as the specific home for swim brands at ASR.

Class@ASR, a curated show that’s under the ASR umbrella, will also feature swim brands. Increasing the number of exhibitors by 30 percent to 250, Class@ ASR will move to the convention center’s main floor from the second level.

Growth is also on the horizon for Agenda Trade Show, to be held Aug. 4 and 5 at the Hyatt Regency in Huntington Beach, Calif. The streetwear-centered trade show plans to host more than 300 brands, up by about 20 percent from last July’s show.

Founding itself in men’s streetwear, Agenda has continued to grow into the women’s side and now counts about 30 percent of its vendors as unisex. The remaining 70 percent are exclusively men’s. Attendees can count on brands such as Hurley and Vans to once again be present, along with first-time exhibitors such as Volcom and Quiksilver’s young contemporary women’s line.

In Los Angeles’ Fashion District, the California Market Center also shuffled dates for the August edition of its contemporary fashion market. Previously held from a Friday to a Tuesday, the Los Angeles contemporary fashion market will take place from Sunday to Wednesday, Aug. 8 to 11. Focus Apparel & Accessories Show, which specializes in emerging brands, will be held Aug. 8 to 10 in the CMC’s penthouse with its fourth runway show titled Designer Launch Pad, while Brighte Cos. will take place Aug. 9 to 11 in the CMC’s Fashion Theatre. Designers & Agents also will be held Aug. 9 to 11 at Cooper Design Space and the New Mart, and the trade showrooms in the CMC, Cooper Design Space, New Mart and Gerry Building also will be open to show resort collections to buyers.

“The conversation has been going on and indicating that the weekday market is better,” said Joanne Lee, the CMC’s senior vice president. “There are fewer overhead costs and it’s important to offer flexibility to retailers.”

The date change had a second benefit, too, Lee said. Since MAGIC moved the start of its show in Las Vegas up one week to Aug. 17, changing the Los Angeles market’s date should help assuage the melee of August trade shows.

The next Los Angeles contemporary fashion market will be held Oct. 15 to 19, spotlighting the spring collections considered the forte of Southern Californiabased brands.

For the Los Angeles Majors Market, to be held Oct. 4 to 6 with a focus on major department stores and chains such as Dillard’s, Nordstrom and the Buckle, the CMC has introduced programs to help buyers and vendors who are scrutinizing their bottom line. It has instituted early-bird discounts and extended its program to pay for hotel rooms for key buyers and sponsored raffles promising rewards for everything from free flights to gas cards. Directives West, Doneger Group’s Los Angeles-based merchandising consulting division, also has organized a fashion show identifying key trends for buyers.