Citing stronger recent sales, some Midwestern retailers sensed a turnaround and shopped the Stylemax show for summer and fall merchandise. 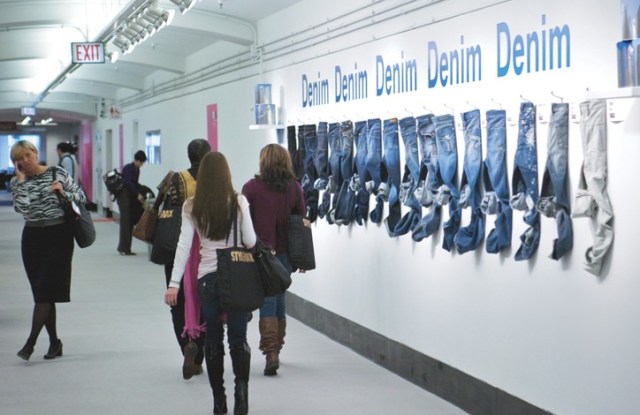 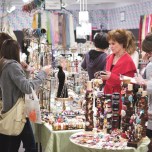 CHICAGO — Citing stronger recent sales, some Midwestern retailers sensed a turnaround and shopped the Stylemax show for summer and fall merchandise in an effort to sustain the momentum.

Vermeeren, who reported a 10 percent rise in sales, said she was going after more accessories at Stylemax, placing orders for handbags from Big Buddha, jewelry from Brighton and scarves from Sunrise.

“We’re chasing that business and being cautious about apparel,” said Vermeeren, who shopped an expanded, more prominently displayed accessories collection at the trade show, which ran Jan. 30 to Feb. 2 at the Merchandise Mart here.

Sawmill Creek Shops, located at the Sawmill Creek Lodge and Resort, had one of its best years in 2009 despite the economic downturn, Vermeeren said. The retailer achieved its goals by being smart about pricing, refining its apparel assortment, expanding its accessories offerings and increasing its marketing through direct mail, e-mail and in-store parties and events, she said.

“A lot of things clicked,” she said, citing Last Tango, Not Your Daughter’s Jeans and Fibers as top sellers.

Alex Averbach, co-owner of Tangerine, a women’s specialty store on Damen Avenue in Chicago’s Bucktown neighborhood, said there has been positive change in the mood of customers.

“We’re seeing women wanting to shop and not feeling as guilty,” she said.

Despite being encouraged, Averbach was still taking fewer risks. For spring and summer, she hopes to move summer cargo pants, blouson shorts and layering T-shirts. Averbach said she came to Stylemax to buy from existing lines such as Velvet, Tibi and various denim labels, preferring to look for new lines in New York.

For fall, Averbach plans to emphasize Tibi, which she said “looks amazing,” and coats and dresses from Cloak & Dagger NYC.

Pamela Levin, owner of Cobblestone boutique in Grand Rapids, Mich., sought more immediate spring deliveries, ordering flowing tops and narrow legging-like pants from Three Dots and straight-leg linen pants from Graham & Spencer. She even bought one style of harem pants, but said, “I don’t know if the Midwest is ready for it.”

Levin also liked tie-dyed and burnout treatments in tops and ordered T-shirts from Velvet and chunky beaded jewelry from Chan Luu. Although her holiday sales were up five percent, Levin plans to keep an eye on prices given that she previously bought items from some French and Japanese lines retailing for $300 and $400 that didn’t sell so well. Now, she is looking for pieces to retail under $200.

For Trenny Lowey, a sales associate for New York-based Alice & Trixie, a line known for its print silk tops and dresses, the summer and fall preview market proved somewhat frustrating.

“I wish we would have come in March,” Lowey said of the larger, busier Stylemax market that focuses on fall collections.