The direct-to-consumer brand is produced from ethically made Egyptian cotton. 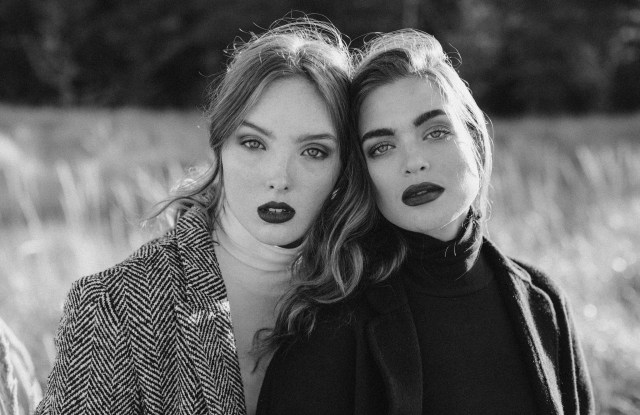 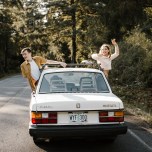 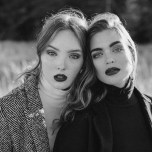 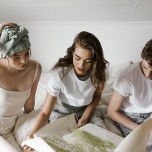 Toronto-based e-commerce brand Kotn will launch its first women’s wear collection, made from ethically made Egyptian cotton today. The brand began as a men’s line, creating essential pieces that fit into a man’s daily routine. That same philosophy is being applied to women.

“The core items in your wardrobe should be well made and affordable because they are what you spend your life in,” said Mackenzie Yeates, cofounder of Kotn. “We designed these essentials with a classic cut to fit with your personal style.”

The 16-piece women’s collection will feature cotton T-shirts, tanks, turtlenecks, long-sleeves, sweatshirts and sweatpants. The cropped sweatshirt, for example, has a dropped shoulder and relaxed fit that is cut short to show off the waist, while the culotte sweatpants have cropped wide legs that are cut to sit high on one’s waist.

All of the colors are inspired by the region in Egypt where the Kotn farms and factories are located. The colors include kohl, white, dark navy blue, dark pomegranate, granite, mango, bluish green and a light blush pink. Retail prices range from $16 for underwear to $32 for an easy lightweight jersey crew T-shirt and goes up to $120 for the tunic sweatshirt.

Yeates, Rami Helali and Benjamin Sehl launched Kotn in Toronto in 2015. The partners noticed a gap in the marketplace for high-quality, well-fitting basics which were affordable for everyday wear. Kotn began with an Egyptian cotton T-shirt, and went to Egyptian cotton farmers in the Nile River Delta to keep costs low while helping to revive a struggling agriculture business.

A look from Kotn.

The company makes their own fabrics from raw cotton bought directly from farmers. The company equates it to “farm to table” for one’s clothes. The cotton is then sent to its cut-and-sew factory outside Alexandria, Egypt, where they employ locals, securing their craft and livelihood.

This month, Kotn is finishing construction and will open its first school in the region. Illiteracy is a major problem in the area, especially among girls. Opening this school, with a mandated even gender split, will represent the first major step Kotn is taking to break the cycle of poverty.

A look from Kotn.

The new collection and campaign launches today on Kotn.com and across the company’s social media channels. It will also be sold at the company’s new flagship at 754 Queen Street West in Toronto.

Over the next few months, Kotn will partner with artists, influencers and like-minded brands to create exclusive Kotn Kits, as well as kits of essentials.

Kotn Kits are sets of Kotn’s pieces that are sold together at a discounted price. The brand noticed that their customers tend to shop in bulk, stocking up on T-shirts, boxers and other items all at once. In response to this, Kotn developed two essential “Kits” for men — the Weekday Kit includes three T-shirts, two polos, five boxers and a Baggu bag for $248, a savings of $48 for the customer. The Weekend Kit includes two T-shirts, two boxers, one hoodie and one pair of sweat pants and a Baggu backpack for $258, a savings of $44 for the customer. For women, Kotn will have holiday kits launching in November, and its first collaboration with influencer Melissa Sonico will launch later next month.