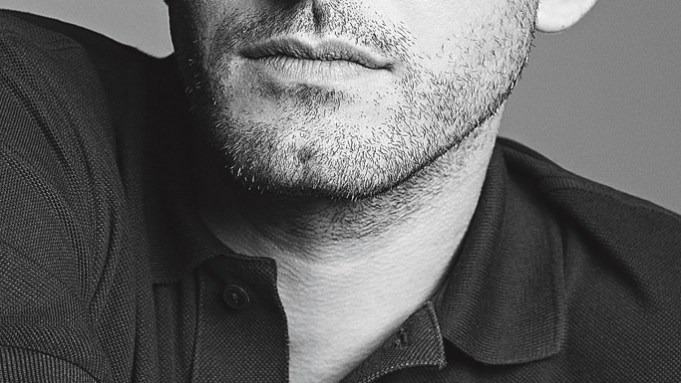 How do you breathe new life into a classic?

That is the challenge faced by Lacoste artistic director Felipe Oliveira Baptista, charged with propelling the crocodile-logo polo shirt into the 21st century.

“I don’t think there are many brands that have created an iconic piece of clothing that is in every wardrobe and that is made by many other brands, so it is our duty to make it evolve and rethink it more or less constantly,” said Baptista.

Originally worn by René Lacoste on the tennis court, the L.12.12 polo shirt this year celebrates its 80th anniversary with a series of special editions.

For his fall collection, showing today during New York Fashion Week, Baptista went a step further, bonding the shirt’s trademark cotton petit piqué fabric with textiles such as ultrafine jersey, wool, leather and cotton to expand its use to other categories, like outerwear.

“Last season, we worked a lot on the house’s heritage and played with the symbols of tennis. This time around, I wanted to approach the heritage in a slightly more conceptual, futuristic way,” said the Portuguese-born designer, sitting in his Paris office in front of a mood board showing polar landscapes and bold architecture.

“It’s also about Lacoste in the future, and the brand’s ties to innovation, because René Lacoste was not just a great tennis player, he was an inventor — the polo shirt was one of many ideas he had. So I wanted to pay homage to his inventive character and to revive this technical and functional aspect of the brand,” he added.

Since succeeding Christophe Lemaire at Lacoste in 2010, Baptista has implemented a more segmented approach to designing its ready-to-wear, with the aim of helping the brand grow beyond its sportswear roots.

“I think it’s no longer just a question of fashion, it’s a sociological issue. Thirty years ago, Casual Friday was a treat. Nowadays, for a lot of people, every day is Casual Friday,” he remarked.

While men’s wear represented 64 percent of sales last year, the brand has placed a growing emphasis on its women’s collections — which account for 20 percent of revenues — and opened two dedicated women’s stores in Paris.

Meanwhile, the Lacoste Live line, aimed at a younger customer, has grown to 10 percent of sales, versus just 2 percent in 2009, while accessories make up the remaining 6 percent.

Then there are the collaborations: In 2013, graphic designer Peter Saville will follow in the footsteps of such artists as the Campana brothers and Jonathan Adler to create Lacoste’s annual Holiday Collector’s series. Saville has also designed a logo for the anniversary, which appears on a range of limited-edition polo shirts.

Baptista, meanwhile, is working on a project with Japanese manga studio Tezuka Productions. But for all his riffs on the house’s codes, the designer’s vision for the next five years is firmly grounded in basics.

“I hope people continue to perceive Lacoste as a classic brand with a very strong identity and image, but also in tune with the times,” he said. “So it has these roots, this classicism, this quality and this timeless side, but it continues to seduce and be relevant to people today. That’s what my job is all about.”