The brand has decked out captain Roy P. Disney and his Pyewacket crew for this year’s Transpac Yacht Race. 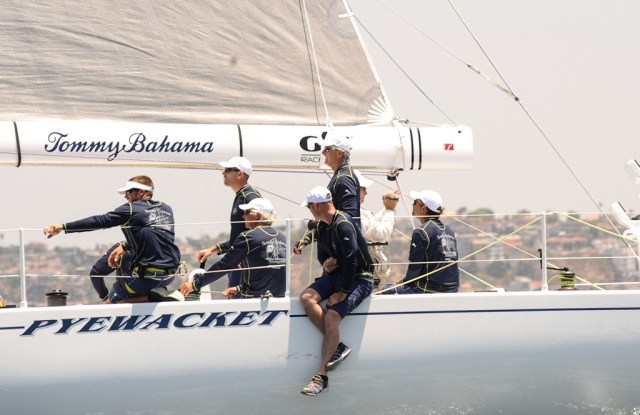 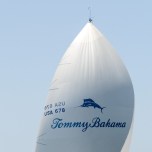 Disney will be at the helm of an Anderson 68’ racing boat stamped with the Tommy Bahama logo on the flag, mast and spinnaker. Disney (whose grandfather Roy started the Walt Disney Co. with his brother Walt) comes from a long line of Transpac winners. This year marks his 20th Transpac, but it is the first time he is racing his own boat. The Pyewacket-ers will cross the finish line in the brand’s “aloha” shirts. Tommy Bahama staffers will welcome them with a party. The team is expected to finish Friday.

Disney said the association with Tommy Bahama was apropos since “that’s the lifestyle we are racing to as we head to Hawaii.”

He and his nine-person crew are wearing an exclusive Transpac collection inspired by the brand’s high-performance Paradise Tech offerings suitable for sailing, beach-going or more ordinary outings. With retail prices ranging from $78 to $148, the sportswear includes the Sun Tech long-sleeve T-shirt, which has UV-protecting fabrics, Hybrid swim trunks made of a quick-dry fabric, and the Antigua Half-Zip sweatshirt, which combines fashion and function. A limited-edition Downwind to Paradise Camp shirt is also available for sailors and landlubbers alike.

The winning monohull competitor will take home the Merlin Trophy, and if a record is broken, they will also win the Transpac Honolulu Race Elapsed Time Trophy, a.k.a. the Clock Trophy, which Disney donated and won in 1997 and in 1999. Founded in 1906, the race is famous for fast downwind sailing under spinnaker in the trade winds.