Hilfiger has developed a diverse program of activations and events for the three-day race that takes place Jan. 24 to 26.

Tommy Hilfiger will be the official fashion partner of the 2020 Hahnenkamm World Cup Races.

Tommy Hilfiger, which is owned by PVH Corp., will sponsor the 2020 Hahnenkamm World Cup Races in Kitzbühel, Austria. The official partnership begins in time for the ski races’ 80th anniversary. The races take place Jan. 24 through Jan. 26.

Hilfiger has also collaborated with French brand Rossignol, a leader in winter sports, on three premium winter collections  featuring technical functionalities for varsity-inspired designs. The latest Tommy x Rossignol capsule collection for women and men will be on display at the 2020 Hahnenkamm races.

As the official fashion partner for the Hahnenkamm ski races, Hilfiger has developed a diverse program of activations and events. All racing flags along the famous downhill race will feature Hilfiger’s iconic red, white and blue logo. A Tommy Hilfiger pop-up located at the race track’s Trade Village will showcase the Tommy x Rossignol collection, including a sweatshirt designed for the event, as well as a curated selection of winter pre-spring 2020 Tommy Hilfiger sportswear styles for women and men. The Hilfiger store in central Kitzbühel will feature a dedicated window acknowledging the partnership with the Hahnenkamm races and the Tommy x Rossignol capsule.

“I have always loved collaborating with inspiring sporting events and athletes,” said Tommy Hilfiger. “The drive, dedication and passion embodied by sports remain at the core of our brand heritage. Knowing that the annual Hahnenkamm ski races represent the same values, I’m excited to have the great sport of skiing further etched in our brand history through this partnership.”

Daniel Grieder, chief executive officer of Tommy Hilfiger Global and PVH Europe added, “Our partnership with the Hahnenkamm ski races is a celebration of our shared commitment to excellence in sportsmanship, and bringing people together to celebrate athletic achievements in style. We take pride in collaborating with best-in-class events, and featuring one of the most exhilarating downhill slopes in the world, the Hahnenkamm ski races truly represent this for winter sports. We look forward to bringing our Tommy Hilfiger style both on and off the slopes as we continue to introduce our brand to new audiences.”

The Hahnenkamm ski races are considered the highlight of alpine skiing and the pinnacle of winter sportsmanship. Begun in 1930, the races have been part of the FIS Ski World Cup since 1967. The competition is known as home to “The Streif,” one of the world’s most exciting runs, with its piste reaching a downhill angle of 85 percent, 80-meter jumps and speeds of up to 140 kilometers per hour. The event, which takes place over a weekend, draws more than 80,000 guests per year, creates more than 180 hours of TV time and reaches an audience of ore than 300 million TV viewers across Europe. 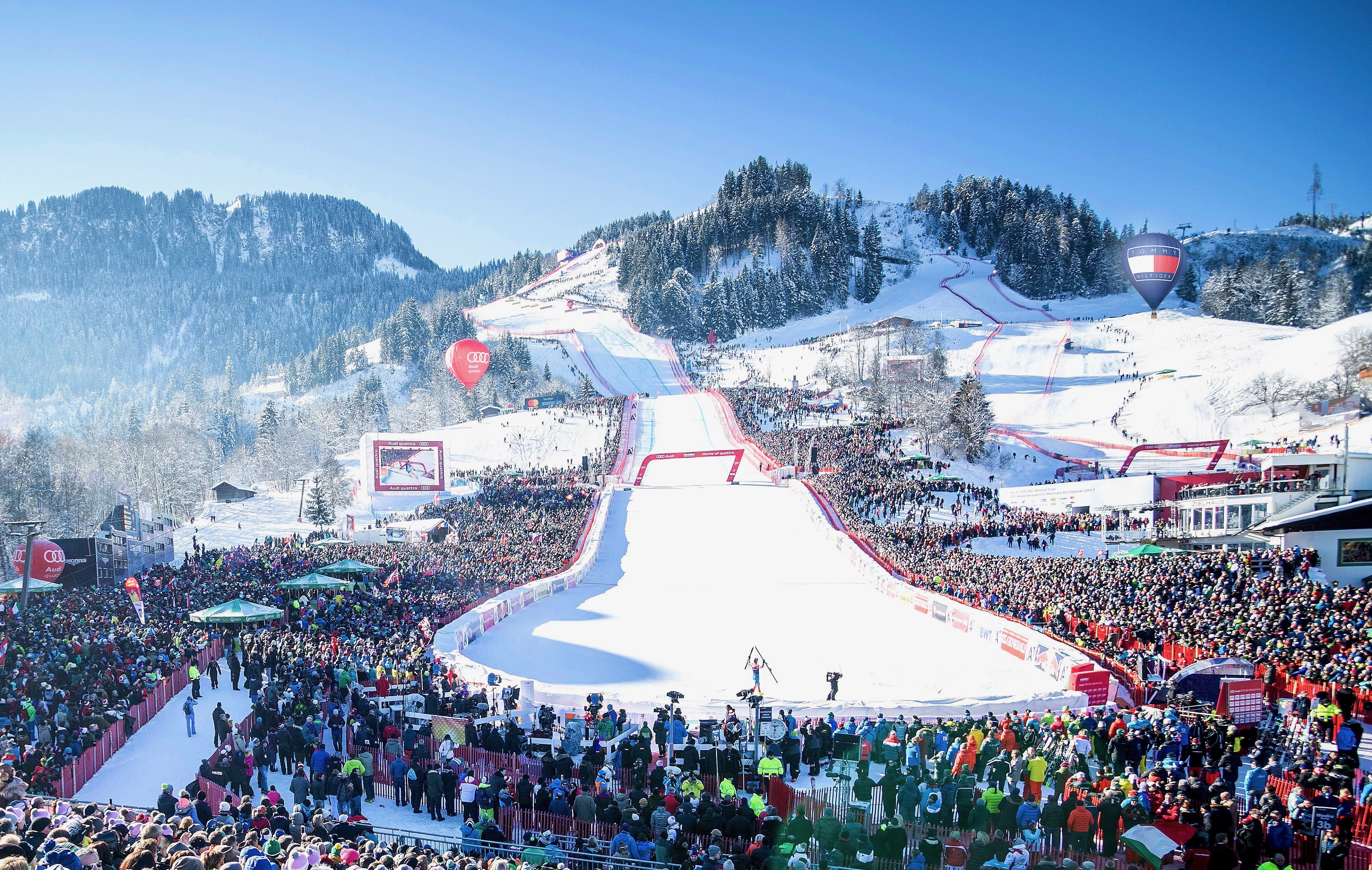 “Here, two brands fit together perfectly,” said Philipp Radel, ceo of the sports business agency WWP Group, the exclusive marketing force behind the Hahnenkamm races. “Every year it is our goal to take the fascination of the Streif and the ensuing get-together of sports businesses and celebrities at the Kitz-Race-Club up to a new level.”

Hilfiger is not new to sponsoring sports events. In 2002, Hilfiger was the official sponsor of the U.S. Freestyle Ski Team. In 2018, the brand unfurled a multiyear strategic partnership with six-time Formula One World Champions Mercedes-AMG Petronas Motorsport, becoming their official apparel partner starting in the 2018 season. Hilfiger sponsored the Lotus team between 1991 and 1994. In 1998, Hilfiger became the first non-automotive brand to sponsor Ferrari, creating the uniforms for the team, which included seven-time Formula One World Champion Michael Schumacher and British racing driver Eddie Irvine. In recent years, Hilfiger has established partnerships with six-time FIA Formula One World Drivers’ Champion Lewis Hamilton and international tennis champion Rafael Nadal.

Tommy Hilfiger and Zendaya Ready to Rock the Apollo