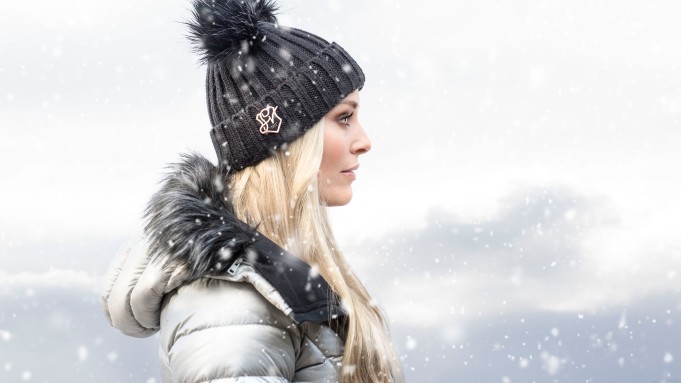 Lindsey Vonn will take a break from her Olympic training this week to talk a little fashion.

In a press event at her favorite training ground in Lake Louise, Canada, one of the world’s greatest female ski racers will take the wraps off the Lindsey Vonn Signature Collection, a tight skiwear capsule from longtime sponsor Under Armour.

The line will be available for pre-sale starting today on the Under Armour web site with select pieces being offered for sale in January on the company’s e-commerce site and at select UA Brand House stores in the U.S., Europe and Asia. The entire collection will be in stores in fall 2018.

“The Under Armour team gave me freedom to express myself throughout the entire ideation and design process,” Vonn said. “I love being able to ski in looks that not only perform, but are also fashion-forward and different from anything else you would see on the slopes. Under Armour helped me bring my vision to life and the incredible amount of thought and detail that went into each piece is what makes this collection so special.”

The six pieces in the line reflect the skier’s personal style and feature modern cuts and colorways. Vonn worked closely with the Under Armour design team, which brainstormed with her on the line when she wasn’t training.

“We had a conversation about what inspires her and thought she’d want a high-performance line,” said Topher Gaylord, general manager of outdoor for Under Armour. “But what she described was a beautiful combination of her athletic achievements combined with luxury and style. So we worked together to bring to life a product that is purely Lindsey Vonn and speaks to her hard-charging, fearless attitude both on and off the mountain.”

For example, the bomber-style Maribor jacket is a waterproof, seam-sealed goose down coat with ribbed cuff and hem and a synthetic fur trim hood. The Louise jacket features a similar look but with an asymmetrical front panel and tall collar that Vonn said “gives this jacket a modern look.” The Maribor retails for $550 and the Louise for $500.

Other pieces include the Santa Caterina ski pant, retail price $400, which features four-way stretch, a fleece-lined body and zippered flare legs; the Bankso sweater ($200) in a ribbed fabric with an oversize collar that Vonn said was designed “for lounging by the fire after a great day of skiing”; the Sicarlo legging in an iridescent print pattern and high waistband ($150), and the Cortina beanie ($40) that has two synthetic mink pom-poms. “I love pom-poms,” Vonn said. “Why have just one when you can have two?”

The line sports a special LV logo that is inspired by Vonn’s signature, and the name of each piece commemorates a milestone in her athletic career. The linings of the jackets also feature a custom print of her accomplishments.

Gaylord said the Louise jacket, the leggings and the beanie will be the items offered for pre-sale today with the rest available down the line.

Although the company also has a Misty Copeland collection with the ballerina, this is the first for Vonn, who is Under Armour’s longest-standing sponsored athlete. “She’s always been an inspiration, especially for all the hard work she puts into her training,” he said.

Vonn is in Lake Louise for this weekend’s World Cup races. The spot has been nicknamed Lake Lindsey because she has won consistently on that mountain, being on the podium there 25 times.

The first two downhills of the season are scheduled for Friday and Saturday followed by the Super-G on Sunday. Vonn missed last year’s World Cup on that mountain after sustaining a broken arm and nerve damage to her right hand in a crash that caused her to miss most of last season. Over the course of her career, she has also fractured her ankle, knee and tibia and torn her ACL.

But despite the setbacks, the 33-year-old Vonn is still competing and hopes to rewrite history by breaking Ingemar Stenmark’s all-time record of 86 World Cup wins. Vonn is just nine wins shy of the record with 77 victories. She’s also hoping to return to the Olympics in South Korea in February after missing the 2014 Games with an injury. She won gold in the downhill in the 2010 Games.

Vonn has also been in the news lately in her quest to compete against men. She has petitioned the International Ski Federation to allow her to race in a men’s World Cup downhill next year. An earlier request to the Federation five years ago was rejected.