The agreement will launch with a series of UT T-shirts and will also include sponsorship of some museum programs and events.

A design from the UT collection with Musée du Louvre

TOKYO — Uniqlo entered into a four-year partnership with Musée du Louvre in Paris that will see the Japanese fashion giant produce lines of clothing together with the museum, as well as sponsoring some of its popular events. The program will launch with a collection of UT T-shirts for men and women featuring some of the Louvre’s most iconic artworks. In a release, Uniqlo parent company Fast Retailing’s chairman, president and chief executive officer Tadashi Yanai called the partnership a “longtime dream come true.”

UT’s Musée du Louvre collection is set to hit stores in some markets as early as Feb. 4. The men’s line was created by British graphic artist Peter Saville, who rose to prominence in the early Eighties with album cover designs he did for bands including Joy Division and New Order. For his UT line, Saville focused on the hidden logic in art, such as the inventory numbers assigned to artworks in the Louvre’s collection, or the “golden ratio” often used in the composition of artworks. He put his own spin on some of the museum’s most famous works, including the Mona Lisa, the Winged Victory of Samothrace and the Venus de Milo. 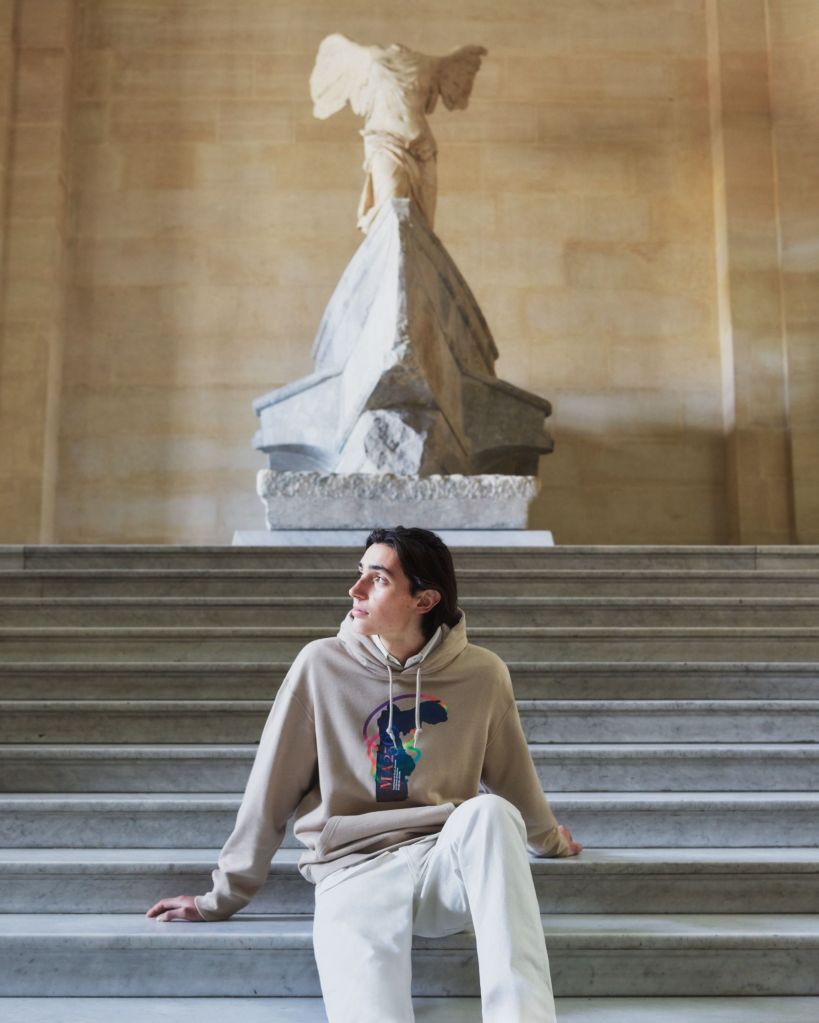 A design from the UT collection with Musée du Louvre.  courtesy

“I was intrigued by the fact that at the Louvre, the world-famous Mona Lisa is known as painting ‘No. INV 779,’ which is its internal inventory number. I was inspired by that,” Saville said in a release announcing the collection. “Like many people, when I look at works of art I’m also conscious of their constituent geometry. I thought that exploring that viewpoint on a T-shirt would be appropriate for this UT/Louvre collaboration.”

The women’s line for UT centers around works that showcase the female form, juxtaposing them with flowers or reimagining them in simple, modern outlines. In addition to the Mona Lisa and the Venus de Milo, women’s designs also feature artworks such as La Belle Jardinière and The Odalisque. Both T-shirts and sweatshirts will be available.

Uniqlo will work to gradually expand its collection with the Louvre, adding new items through 2024. 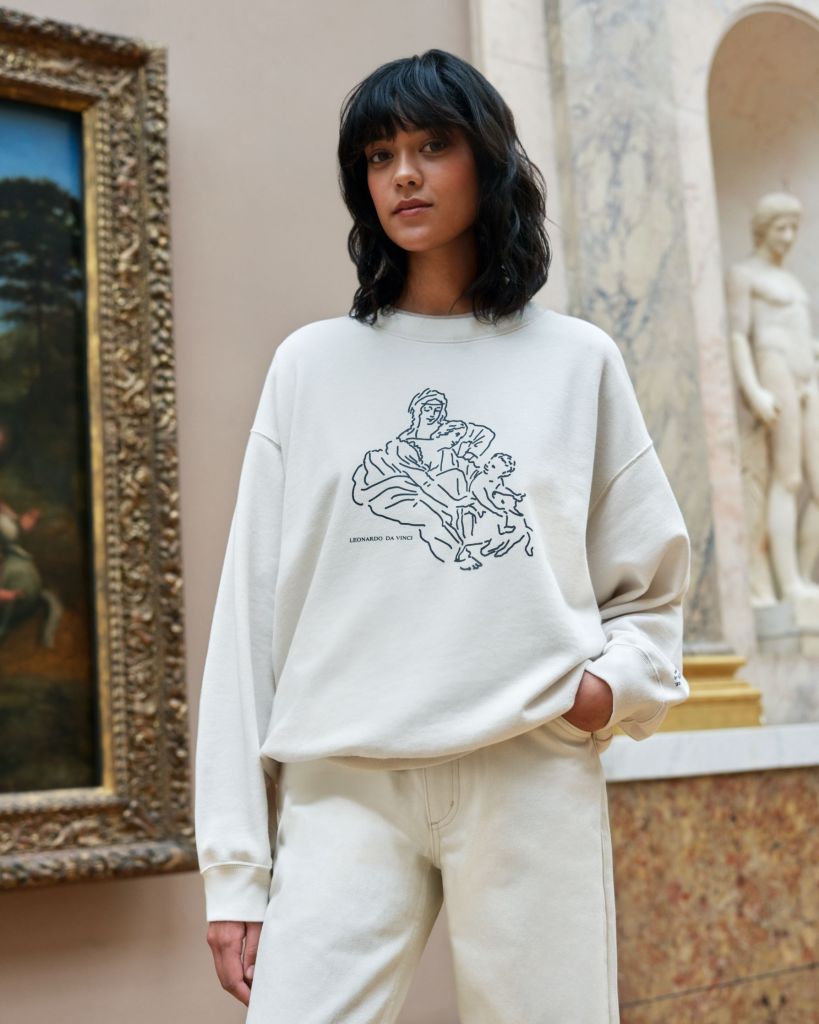 A design from the UT collection with Musée du Louvre.  courtesy

In addition to clothing collaborations, the partnership also includes Uniqlo’s sponsorship of the Free Saturday Nights program that launched at Musée du Louvre in January 2019. The events encourage new visitors to learn about the Louvre and its artworks in a relaxed environment, extending opening hours on the first Saturday of each month from 6 to 9:45 p.m. While the events are currently temporarily suspended due to the coronavirus pandemic, they are expected to resume at some point in the future. In 2019, Free Saturday Nights attracted some 160,000 people, mainly families and those working in the Paris region.

Uniqlo will also support a program at the Louvre called the Mini-Discovery Tour, which the museum launched in July of last year. The 20-minute guided tours target families and will take place on Wednesdays, Saturdays and Sundays.

The new partnership with the Louvre is not Uniqlo’s first foray into the field of art. The brand has a popular ongoing collaboration with the Museum of Modern Art (MoMA) in New York City, and has also worked with the Tate Modern in London, the Museum of Fine Arts (MFA) in Boston, and the Museum of Contemporary Art (MACBA) in Barcelona.