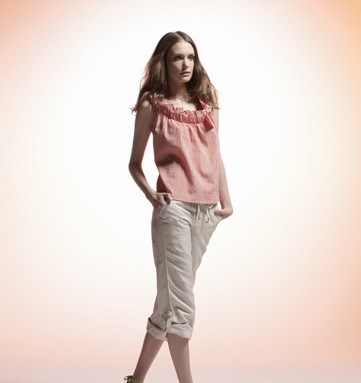 NEW YORK — Uniqlo has unveiled the list of names who will take part in its Designers Invitation Project this season.

The lineup will include a Steven Alan collection for women, and Opening Ceremony line for men, bowing in March. Shipley & Halmos will unveil a women’s collection in May and Gilded Age will offer designs for men. Prices range from $19 to $79.

“We’re always looking for designers who will bring a different and fresh perspective to the brand,’ said a Uniqlo spokeswoman. The Japanese retailer chose Steven Alan because “women’s shirting is such an important category and it’s really making a comeback to fashion,” she said. “We wanted to work with someone that had a very strong authority in this category.”

Alan said he was able to translate his “subversive take on the classics” for the retailer. “Uniqlo is detail oriented,” he said. “We spent three hours picking out buttons.”

Like the other participants, Alan accepted the Uniqlo assignment because he thought it would give him exposure in other markets. “[Uniqlo] has 800 stores,” he said. “We have stores in South Korea through a licensing partner. I sell to stores in Italy and the U.K. I would consider opening stores abroad if the response was good. It helps to offset running a business here. I manufacture over 90 percent of my products in New York. The margins are pretty small, so when you have a good collaboration it gives you an opportunity to grow your brand.”

Jeff Halmos and Sam Shipley worked on Trovata before launching Shipley & Halmos, a line consisting of simple shapes rendered in luxurious fabrics. Dresses at Uniqlo will be priced between $60 and $70, while dresses by Shipley & Halmos at Barneys New York cost between $400 and $700. Besides providing a cash infusion during difficult economic times, Halmos said the Uniqlo project could open doors. “Maybe now we can design direct for another company or do another one of these collaborations,” he said.

Humberto Leon, an owner of Opening Ceremony, said one thing he learned is that “when you order this much, the cost significantly decreases. We had to ask ourselves, ‘How many zippers can we really have in a garment?’ The craftsmanship is there. They executed all our details on an amazing level.”

“We’re very excited to continue this initiative,” said Yuki Katsuta, president of Uniqlo Design Studio N.Y. “The designers put a twist on classic sportswear through the use of color, patterns and silhouettes. The clothing is exciting, yet never overdone or overwhelming.”