Jenny Graham and Toni Spencer, the creative directors behind Velvet and Graham & Spencer, are rolling out a new young contemporary brand. 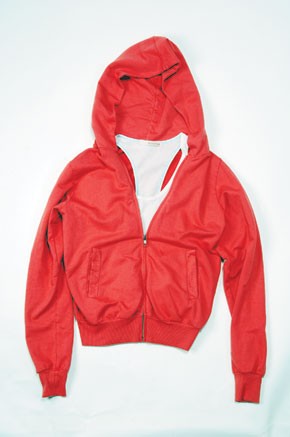 LOS ANGELES — Jenny Graham and Toni Spencer, the creative directors behind Velvet and Graham & Spencer, are rolling out a new young contemporary brand to widen their customer base.

Launching this fall, the line, called 39 Sixtyone, is sharply edited with T-shirts, tunics and dresses crafted out of gossamer-sheer cotton and a superfine fleece. Wholesaling from $16 to $32, the line has lower price points than Velvet and Graham & Spencer.

Velvet, comprising flirty printed blouses, languid skirts and gauzy shifts, is sold at retailers such as Anthropologie and Saks Fifth Avenue and wholesales for $22 to $185. Graham & Spencer includes novelty jersey dresses and cashmere tops, which wholesale for $44 to $389. The line is sold at Henri Bendel, Barneys New York and Neiman Marcus, among others.

With these three brands, “We wanted to cater to all segments of the contemporary market,” Graham said.

The new label for Velvet Inc., the Culver City, Calif.-based parent company, is intended to attract a younger customer who wants a daily dose of fashion but doesn’t yet have the money to spend for a premium knit top.

“For a long time, the contemporary market skyrocketed with prices,” Graham said. “A young girl anywhere from 14 to 35 still wants to look good, but also needs to be able to afford the clothing.”

The designers strove to make 39 Sixtyone fresh and young with sleek silhouettes in rich hues like apple green, juicy cantaloupe and midnight navy. Wardrobe staples such as slim racer-back tanks in a thin thermal or a featherweight cap-sleeve blouse can be layered under shrunken fleece hoodies in sherbet hues.

Graham said the line is targeted at a young, modern girl who is stylish, edgy and sexy. “This a young girl from the Internet era who likes to buy a T-shirt and mix it with a vintage find,” she said. “It’s young, eclectic dressing.”

The designers’ first-year wholesale sales target is $6 million to $8 million. Retailers that have ordered the inaugural collection include Fred Segal Trend in Santa Monica, Calif.; Scoop in New York, and Planet Blue, which operates shops in Beverly Hills, Santa Monica, and Malibu in California, and online retailer southmoonunder.com.

Graham said the label’s name is the street number of the company’s headquarters. And, “quite unexpectedly, we realized that if you add 39 and 61, you get a total of 100, which seems like a lucky number for us,” she said.