The new Canadian clothing line is out to give the lowly T-shirt a fashion upgrade. 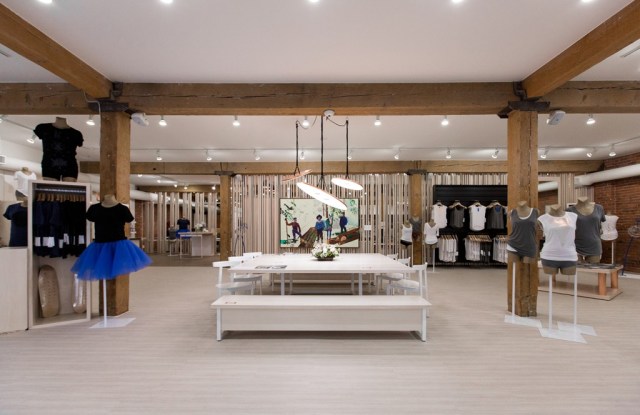 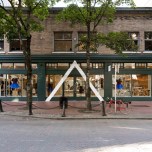 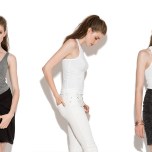 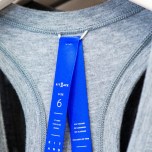 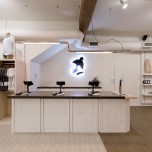 TORONTO — Kit and Ace, a new Canadian clothing line, is out to give the lowly T-shirt a fashion upgrade.

Shannon and JJ Wilson, the wife and son of Lululemon Athletica founder Chip Wilson, embarked on the business venture six months ago. At the end of July, the team opened the first Kit and Ace store in Vancouver’s trendy Gastown neighborhood — reportedly without Chip Wilson’s involvement — peppering its sleek, airy interior with a collection of buttery-soft, neutral-toned T-shirts.

“Kit and Ace was designed for living a full-contact lifestyle,” brand director JJ Wilson, 25, said. “Every day, people get up and go to the gym, the office and to countless meetings. They’ll have drinks or dinner with friends, or take in a show. Our idea at Kit and Ace was to create clothing that could move with a person from sunrise to sundown. But realizing that goal began entirely with our fabric.”

That “luxury-technical fabric,” as its founder Shannon Wilson described it, was developed in 2012 in Australia, where Wilson and her husband had been residing. Trademarked under the name Qemir (pronounced “come here”), the propriety blend of cashmere, viscose and elastane feels soft to the touch and retains its shape. Qemir will not pill, shrink and requires no laundering. Kit and Ace’s launch line of T-shirts is priced between 64 Canadian dollars, or $58.80, and 84 Canadian dollars, to $77.25.

“Developing this fabric was the inspiration for Kit and Ace and its brand philosophy. But the whole venture really came out of our love for luxury fabrics and our disappointment in their performance in day-to-day life,” said Shannon Wilson, who’s the creative director.

The Vancouver flagship is the first step in building a global fashion franchise that they hope could one day rival the success of a Lululemon.

“As a family we have strong ties with Lululemon,” said Shannon Wilson, who joined the retailer in 2000 as its lead designer and went on to create some of the company’s most successful products, including its logo hoodies and groove pants.

Her stepson, JJ, began his involvement with Lululemon in his early teens. “We always talked about fashion and the family business at the dinner table. I knew early on I wanted a career in this industry,” he said.

After graduating from Toronto’s Ryerson University in 2010 with a degree in retail management, the younger Wilson completed internships at the Clinton Foundation in New York and at a private equity firm in Boston. In 2012, he returned to Vancouver where he launched the e-commerce operations for the men’s wear firm Wings+Horns.

Throughout these years, Lululemon remained a prominent topic of conversation in the Wilson clan. But Kit and Ace was a venture viewed as something different than Lululemon.

“We want nothing but the best for Lululemon. But we think of Lululemon as activewear. This is luxury wear,” said Shannon Wilson.

In November, Kit and Ace will introduce bottoms and accessories into the line. The company will also expand to include store locations in Saskatoon, Calgary, Edmonton, Toronto, New York and San Francisco.

Plans are also in the works to launch an e-commerce site.

“Six months ago, we jumped into this venture with four people on staff. Today we have 75 to 80 staff members on board. I’m proud that we actually pulled this off,” said JJ Wilson.