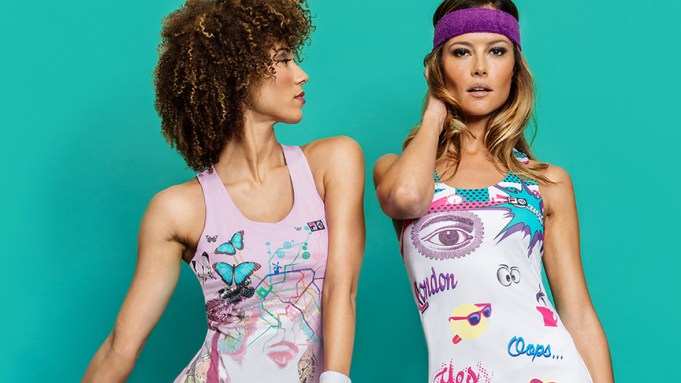 On its continued march toward an athletic wear comeback, heritage label Fila has partnered with Wimbledon champion Marion Bartoli on a line of tennis performance wear.

The line of dresses, skirts, pants and jackets will be priced from $120 to $280 and will begin retail deliveries in April. They will be worn by Fila’s female athletes on the Women’s Tennis Association circuit, particularly at Roland Garros and Wimbledon. Retailers presently signed on include Harrods and the Yoox Group.

Bartoli, who captured the Wimbledon singles title in 2013 and retired from the sport shortly thereafter, said she hopes to address the sartorial concerns of her fellow players with these new designs.

“The girls don’t have a choice, they have to wear what sponsors give them and that can create a lot of frustration,” she said.

“A lot of players are given the same thing. When we open a new kit before every Grand Slam, a lot of the time it’s a big disappointment. We just open the thing and are like, ‘Oh no, the cut is not right, the skirt is too short or not flattering. Or the color is not right or it’s too simple,’ It’s a big topic of conversation in the locker room for the first week of every Grand Slam.”

Following her retirement from professional tennis, Bartoli channeled her admiration for fashion and design into a second career. The Frenchwoman enrolled at Central Saint Martins seeking a degree in specialty print design.

“For me, fashion is something I adore but you don’t know if your skills are good enough in the way that tennis makes it easy, where you have a ranking level every week — it’s why I wanted to go to university and get a real degree. I felt it was the only way people would take me seriously, to have a real show of skills,” she said.

Since graduating, Bartoli has launched a jewelry line that is frequently worn by friends including Serena Williams.

For her Fila collection, Bartoli was able to call upon her print design education. The collection of classic tennis shapes is laden in colorful prints of her own creation.

“I painted and drew [the prints] and from there really worked with the whole Fila team to make sure it worked on the garments with proportions and placement. My signatures in the collection are bold prints — it’s really eye-catching,” she said of the designs.

“It’s to create a new customer, the sort of customer who is getting to know the brand again – making it fun and making it playful.”

Bartoli needs no reintroduction to the label, which has been looking to make a dent in the fast growing ath-leisure category through recent collaborations with Urban Outfitters and Asos.

“Fila for a tennis player is so associated with Björn Borg, who won Wimbledon five times. It’s a very emotional journey.”