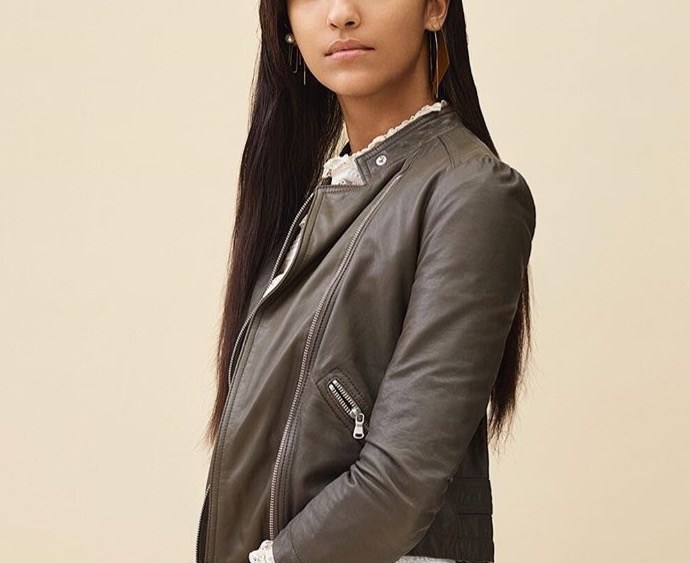 Tops with sleeve interest, wide-leg cropped pants, bohemian dresses and unusual shirting have been among the standouts in contemporary sportswear at several brick-and-mortar specialty stores so far this spring.

While the overall performance of fashion at retail remains uneven given pressures from online, changing consumer shopping habits and the fluctuating economy, a spot check of specialty retailers in Boston; Grand Rapids, Mich.; and New York revealed that women started buying spring apparel early (often to take away on vacation) and are continuing to shop as the season rolls on.

Here’s what a handful of stores had to say:

ALL TOO HUMAN, BOSTON

The 2,500-square-foot women’s and men’s specialty store opened a year ago and is having success this season with lines such as Dion Lee, Jacquemus, Sies Marjan, Rosetta Getty and Alyx, according to Jessica Knez, owner, who previously was a buyer at Bergdorf Goodman.

From Dion Lee, Knez has done well with its khaki story, including the off-the-shoulder blazer that shows the wearer’s collarbone. She is also selling Jacquemus, which offers “a new take on shirting” with styles with cinched waists and off-the-shoulder treatments. Sies Marjan, known for its Pop colors, has a tissue leather yellow wrap skirt that’s sold well, she said.

One of the big trends this season is mixing patterns. “Simple dressing with patterns speak louder than the complexity of the silhouette,” she said.

Knez said that the wide-legged cropped pant, which can be paired with a heel, is doing best this season. “It’s incredibly sophisticated,” she added.

Stacey Pecor, owner of the four-unit Olive & Bette’s, said business has been strong this season and is up 13 percent over last year. She’s also had no markdowns, which she called “amazing.”

“Margins are healthy at 53 percent,” she said. Olive & Bette’s increased its price points this season, focusing on higher-priced apparel. The average sale this year is $397, versus $245 last year, an increase of 62 percent. “Customers were sick of the same old, same old thing,” Pecor said. “We went to Paris for fashion week for the first time,” she said. The retailer brought in some European designers, such as Bash, Iro and Zadig & Voltaire. “Our customer has really responded to those higher price points,” Pecor said.

From Bash (which is backed by LVMH Moët Hennessy Louis Vuitton), for example, she’s doing “unbelievably well” with their bomber jackets, as well as bohemian floral dresses and festival-looking tops. “Their product is fresh and we’re the only brick-and-mortar store in New York City to have it, and it’s been incredible,” said Pecor.

She continues to do well with AG Jeans and Iro jeans, particularly crop flares, higher-rise and boyfriend silhouettes. The latter are a baggier and slouchier look with a rolled hem. From Iro, the store has sold jeans that snap up the side and are distressed on the bottom. “There’s more attention to the hem, and getting away from the destruction is what we’re seeing,” she said.  They’re either frayed, flared or snapped at the bottom.  Sweaters and knits have continued to be incredibly important. Cocoon bamboo and cashmere T-shirts are another strong seller.

Pecor said that she’s continuing to see off-the-shoulder looks, from companies such as Parker and Rebecca Taylor, doing well. She tried to slow it down because she worries that it will come to a dead halt, but the customer wants the style for spring/summer. Knits from Brochu Walker have sold well, as have bohemian dresses and off-the-shoulder tops from Misa Los Angeles. Another winner for spring has been colored leather jackets, especially from Rebecca Taylor. “We sold out to the piece,” she said, pointing to the $895 pink shrunken leather jacket. Taylor’s lavender leather jacket has had a 71 percent sell-through.

Pecor said she brought in Equipment this spring, and Current/Elliott, “which is doing amazing.” Aviator Nation (known for hoodies and sweatpants) has sold well, she added.

Asked about the competition from online sites, Pecor said, “We really try to do something that no one else does. We have an authentic personal relationship with each client. It’s impossible to do it online. I know their kids, I know their dog.”

Rebecca Wierda, owner and president of the 13,000-square-foot women’s specialty retailer Leigh’s, said, “Business is doing great. We had a record year in 2015. And we’re up 15 percent year-to-date.”

For spring, designers brought great color and fresh looks to their offerings, she said. “Our customer is responding to that feminine vibe with ruffles, sheers and florals,” she said. In particular, the store is doing well with Cinq a Sept, Self Portrait, Co., MSGM, and Rodarte. “The workmanship has been terrific. Alexander McQueen has been wonderful across the board, in ready-to-wear and accessories.”

Wierda noted that her customers are embracing the “whole off-the-shoulder” look.

From MSGM, her customers are responding to the great detailing with ruffles, scalloping and open shoulders.

“We’re in Michigan, so our customer loves to go South on vacation, and she’s buying to take away, Then there’s a whole new wave for spring,” she said. The store is selling “cool casual” from brands such as Baja East, Nili Lotan and Raquel Allegra.

Dresses have also done well at Leigh’s. “Our girl wants to show her leg. She’s been in boots and opaque tights all winter. Dresses are beautiful this season,” she added.

Samantha Goldstein, director of buying at the three-unit Blue & Cream, was busy setting up its store in East Hampton for the season. Some of the big trends for spring are pink, pale blue, ruffles, sleeve details and shoulder treatment, such as one-shoulder, off-the-shoulders and colored shoulder. She’s also seeing  a lot of waist-cinching, corseting and high-waisted jeans clicking with customers.  Among the brands that are performing well are Iro, Self Portrait and Sea.

For example, Goldstein cited as top sellers Sea’s print and floral dresses; Iro’s leather jackets, ruffling and holey T-shirts; Self Portrait’s dresses with a lot of ruffles, and Zimmermann’s floral dresses.  R13 is also a big denim company for the retailer. “What’s trending is away from skinny and more toward mom jeans, such as cropped flares and higher-waists with a wider leg,” she said, adding that women are finally ready to explore silhouettes beyond the skinny jean. She has also done well with Re/Done jeans.

Goldstein said that bohemian is still on trend, as well as ripped-up jeans shorts and fringe. A new brand that’s sold well is Cotton Citizen, which is a contemporary collection.  As for shirts with interesting details, she said, “Phillip Lim has good options. There’s a lot of playing with off-the-shoulder, ruffles, corseting and lace-up detailing.”