Driven by the Millennial customer and embraced by more mature men as well, suits and sport coats continue to spark sales around the country. 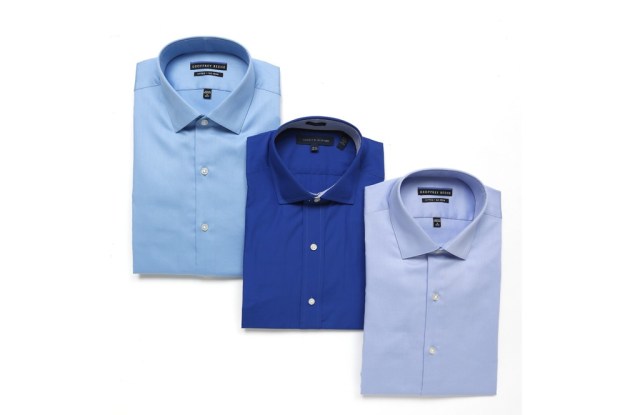 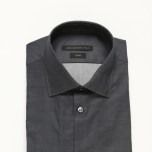 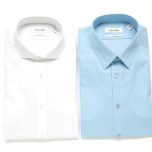 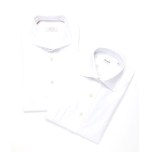 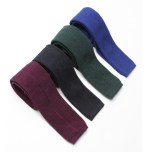 Men’s wear is in the midst of a dressy cycle.

Driven by the Millennial customer and embraced by more mature men as well, suits and sport coats continue to spark sales at department and specialty stores around the country. So it stands to reason that dress shirts and neckwear — the standard complement to tailored clothing — would also experience an uptick.

But young guys are notorious for breaking the rules. Instead of wearing the “uniform” embraced by their fathers and grandfathers, they’re pairing a sport coat with skinny jeans or a bow tie with a sport shirt. As a result, dress shirt sales actually dipped in the 12 months ended in April 2014, falling 3 percent to $2.8 billion, according to The NPD Group. Tailored clothing sales rose 2 percent in the same period, with suits down 4 percent but separates up 10 percent and sport coats up 8 percent.

To buck the downward trend, retailers and manufacturers are stepping out of the box, offering new fits, patterns and models to capture more dollars. Hybrid shirts that bridge the gap between a dress and a sport shirt are among the strongest trends, although there’s a move toward sartorial luxe offerings as well.

“We’re definitely in a dressy cycle,” said Mitchell Lechner, president of the dress furnishings group at PVH Corp. “But dress is multifunctional today and it’s not traditional dress-up. Where it used to be a suit and tie, now it’s a great jacket with a tie, dark skinny jeans or a great outerwear piece. Young guys like to dress up, but it’s in their own distinct way.”

This requires manufacturers and retailers to evolve as well.

Lechner said the most successful merchants are those who recognize and embrace this reality and showcase shirts and ties in different ways in their stores. “They’re layering things, they’re not stacking shirts in piles or putting ties on a table,” he said.

And they’re also open to offering trend-right merchandise. In dress shirts at PVH, this translates into textile innovations such as noniron or moisture-wicking shirts within the Van Heusen, Calvin Klein and Donald Trump brands; a push toward monochromatics: blacks and whites for those seeking a dressed-up option; a variety of tartans for a more casual look; cutaway collars; an array of blue tones, and a move toward berry shades.

Whether indigo, chambray, tartan or pure white, the fit of the shirts has also been updated. “Slim fit represents 50 percent of our business now,” Lechner revealed. “And that goes from traditional to contemporary.”

Collar stances have also been modernized. “Spread is still our biggest collar, but cutaways are popular for the very updated customer, as are smaller button-tab closures.”

In neckwear, solid ties are “very strong,” he added, and he’s seen “an uptick in seasonal neckwear” such as linen blends or knit options. At the same time, Lechner said accessories such as pocket squares and lapel pins, also embraced by the younger customer, have “been terrific.

“The older guys look to the younger guys for trends,” Lechner added.

“Since tailored clothing is closer to the body, nobody wants a voluminous dress shirt underneath it, so those fits are closer now, too,” he said.

But even when worn with a suit, the overall aesthetic of the dress shirt market is becoming more casual, he said. “Shirts are more multifunctional today and they’re being worn as a sport shirt or dress shirt. We’ve seen a big infusion of patterns and prints such as dobbys, micro-geometics and neats. We’ve moved past the stripe and gingham phase.” Jennings pointed to Canali and Zegna as among the brands that are providing some of the most updated patterns.

In neckwear, Jennings said it’s all about “the return of the solid,” whether in a traditional knit or textured knit grenadines. “For Father’s Day, we’re going to be offering 60 different solid colors from Charvet,” he revealed. Widths will vary, from slightly wider for the more classic customer to a narrow option for the “modern guy.”

Pocket squares continue to do well, he noted, and represent “a significant percent” of the dress furnishings business. “Five years ago, that business was nonexistent,” Jennings said. Etro and local artist Barbara Campbell are among the store’s bestsellers in pocket squares, he said.

“In dress shirts, we had some starts and stops since right before Christmas,” she said. “We can’t say that the business is growing — people are now more in a ‘maintain’ mind-set,” but there are some hot buttons that retailers can push to spark sales.

In shirts, “seasonal items are working,” she said, “and there’s been a shift in the size and scale of the patterns — they’re cleaner. Then there’s the whole range of blues, everything on the spectrum. Grays are also popular and coordinate well with textured neckwear in silver or charcoal.” There’s also the whole black-and-white story, as well as the growing importance of wine and berry colors and green.

“These unexpected pops of color give customers a reason to buy because they don’t already own it,” Levy said. “But they’re all men’s wear colors so it’s nothing that he won’t understand.”

Technical features are also important, she added, whether that’s easy-care, stretch or moisture management. Dress shirts that are more sporty — or what Doneger is calling “refined casual” — are also worth the investment.

“Everybody is looking to satisfy the Millennial or the Millennial-minded guy,” Levy said. “Retailers have to romance what’s on the floor to create new and interesting stories.”

Dean Gomilsek-Cole, the new head of design for Turnbull & Asser, looked back at the brand’s archives for inspiration for his first collection, which will be offered for fall. “We’re leaning on the archives but not plagiarizing them,” he said. “We’re using new fibers and weave techniques that weren’t available back in the day. And we’re working to perfect the white shirt.”

The brand offers ready-to-wear and bespoke models and Gomilsek-Cole said more and more consumers are seeking custom shirts. “We’re seeing a big increase in orders from younger people,” he said. “It’s the perfect opportunity for them to play designer.” He said customers often start slowly with white or blue and then get “more adventurous” as they become more comfortable with the process.

Even so, he said Turnbull generally “swims against the tide when it comes to trends,” he said, noting that when the brand pushes too far to be fashion-forward, “it doesn’t resonate with our consumer.”

So instead of embracing the skinny tie, Turnbull will be offering a wider, more traditional neckwear assortment. “And for spring, we’re going to go bonkers and reintroduce the kipper tie from the 1970s,” he said. “It’s our reaction to the skinny. And it’ll have a couple of show-stopping features.”

However, the company will offer a slimmer fit for fall in the ready-to-wear collection — the Slim St. Jim — as well as more contemporary collar shapes. “The most popular collar is a subtle cutaway, but the more severe cutaway is getting more popular. And the white collar and cuff are coming back,” he said.

The Thomas Pink customer is also seeking multifunctional pieces in his wardrobe, according to Alyssa Mishcon, U.S. president. “They’re wearing a shirt and tie with jeans or just an open-collar shirt. And they’re looking to us for that versatility.”

The brand is answering the call with a more casual offering that can double as a dress or sport shirt. “We’re mixing it up,” she said. In July, the company will introduce The Independent, a new shirt with a collar that stands up without a tie. “It’s the perfect tie-less shirt,” she said. At the same time, the company is adding some Thomas Pink quirkiness to more traditional styles for fall, such as a Prince of Wales pattern but with bright pops of pink and blue, and updated versions of the puppytooth.

Neckwear, pocket squares and socks are also being modernized with bright colors and new patterns and prints. “We’re coming at it from a heritage British dress shirt brand, but we’re seeing younger customers more interested and looking to us for that,” she said.

John Minahan, president of Gitman Bros., said business has “been very good for the last three months. Gitman Vintage, [the company’s more modern offering] is on fire and regular Gitman also had solid growth last year. We’re enjoying the benefits of a made in America product and classic American shirts are now a fashion statement around the world. Fourteen percent of our business is exports now, and it was nothing five years ago.”

In terms of trends, Minahan identified two main focuses for this season: patterned shirts such as checks, ginghams and tattersalls “that can be worn with coats, but not necessarily ties,” as well as a “completely sartorial” movement such as a “really dressy” spread-collar white shirt.