The one-day event was the first time the industry trade show Agenda dabbled with a consumer-facing offering. 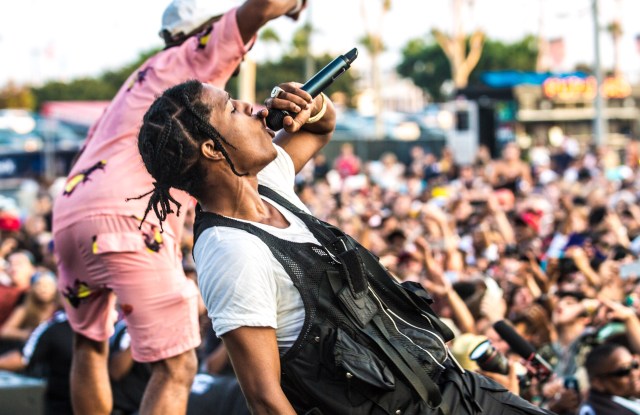 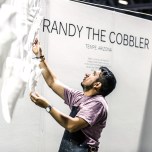 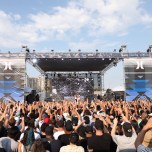 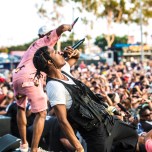 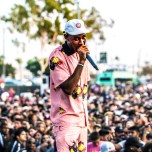 Skaters, athletes and brands converged for the inaugural Agenda Festival on Saturday.

The result? It looks like the action sports and streetwear trade show organizer owned by Reed Exhibitions will bring the consumer-facing component back again next year.

The one-day event, which was tacked on a day after the biannual, two-day industry trade show Agenda concluded at the Long Beach Convention Center, drew more than 500 pop-up shops, athlete meet-and-greets, panel discussions, food trucks and performances throughout the day from Lil Dicky, Cam’ron, Ludacris, A$AP Rocky, Tyler the Creator, Nobunny, No Parents and others.

It was the first time Agenda was trying its hand at extending beyond buyers and brands to the general public in response to shifts in consumption.

“Right now we’re an experienced-based economy, and I think if you follow the data, people are spending less money on things and more on experiences,” Agenda trade show founder Aaron Levant told WWD in June. “There’s so much digital noise out there. There’s a lot of great content but very seldom do people get the real experience. So it’s about how can we open up to people and really let them engage.”

By the end of the festival, the convention center floor with all the brand booths was a bit quiet compared to outside where most people were listening to the music or lined up for food at Pizzanista, Wahoo’s or one of the other food trucks. Interactive setups commanded the most attention. Stance’s airbrushing on socks attracted a line out of the booth even in the day’s final hour as did the Neff space, which allowed people to choose from pre-selected designs to customize their own hat. Obey’s on-site screenprinting setup also turned the heads of passersby. Champion’s presence among the pop-ups was popular as was a smaller setup of multiple vendors in the center of the trade show floor selling pins and patches.

Edgar Ramirez had never heard of the Agenda trade show but a friend told him about the festival. So the Downey, Calif., resident paid the $45 admission price (which bumped up to $50 at the door) and said it was well worth the trip.

Skateboarders Zach Allen and Dee Ostrander were hanging back on the fringes of the food court area. The two seemed a bit jaded about the idea of actually paying for the experience but that opinion is tainted, they said, by the fact that they’ve attended the industry trade show in the past and have always gotten in free.

“If people want to get more insight on it, then yes [it’s worth the admission],” Allen said.

“If I had to pay, I wouldn’t pay to come here,” Ostrander said. “If I wasn’t already in on it and a fan, maybe then I would pay to be here.”

Both were at Agenda Festival as sponsored athletes and said they liked seeing the skateboards on the show floor but didn’t see much or buy anything beyond that. So what was keeping them there so late in the day? “Luda[cris]” Ostrander said without hesitation of the rapper’s set capping the show.

“Very cool; bummer it’s over,” said one attendee as she exited the convention center at the end of the day.