Backstory: The T-shirt was part of a capsule collaboration between the Los Angeles denim firm and London-based streetwear brand that launched at ComplexCon. The pieces are set for a global rollout through to spring 2019, with multiple pop-ups and other activations, according to Guess Inc. and Guess Jeans U.S.A. director of brand partnerships Nicolai Marciano. “For me, Guess has always been about the iconic imagery, from Naomi Campbell to Anna Nicole Smith. So it was about how do I recapture that feeling I had when I grew up, looking through these photos to now and just adding my touch,” said Places+Faces cofounder Imran Ciesay. “It’s pretty cool that Paul [Marciano] said there hasn’t been a campaign shot on film since 2001 and that’s really awesome to hear.”

Demand was big throughout the weekend for pieces from the capsule.

“We had lines from start to end,” Marciano said. “Everything’s been selling out — the striped shirt. [Saturday] everything was sold out.”

Pricing: Short-sleeve striped T-shirt, $80; long-sleeve striped shirt, $90. The rest of the range included socks starting at $20 up to $680 for an oversize trucker jacket.

Backstory: Getting shut down twice says something. Consumers clamoring to get their hands on the sneaker — a canary yellow version for ComplexCon — went wild for it Saturday causing the Diamond booth to be shut down just minutes after general admission ticket holders were let into the convention center Saturday. “It was crazy. There were too many people,” said Diamond Supply founder Nick Tershay on Saturday. “They rushed past security. I even locked myself in the [booth]. They were trying to break down the walls to get in there. It was nuts; it was a real mob scene.”

Sunday brought more security and metal barriers but the scene repeated itself causing the Diamond Dunks to be led out by Long Beach police officers. Diamond will try it again Thursday downtown for a one-day pop-up.

Pricing: The company is not releasing the price due to this weekend’s events.

Backstory: Jerry Lorenzo’s Fear of God rolled out its Essentials line earlier this year. For ComplexCon, pieces from the Essentials holiday collection made their debut, in addition to a collaboration with Converse on a Chuck Taylor in black and a black-and-white version. 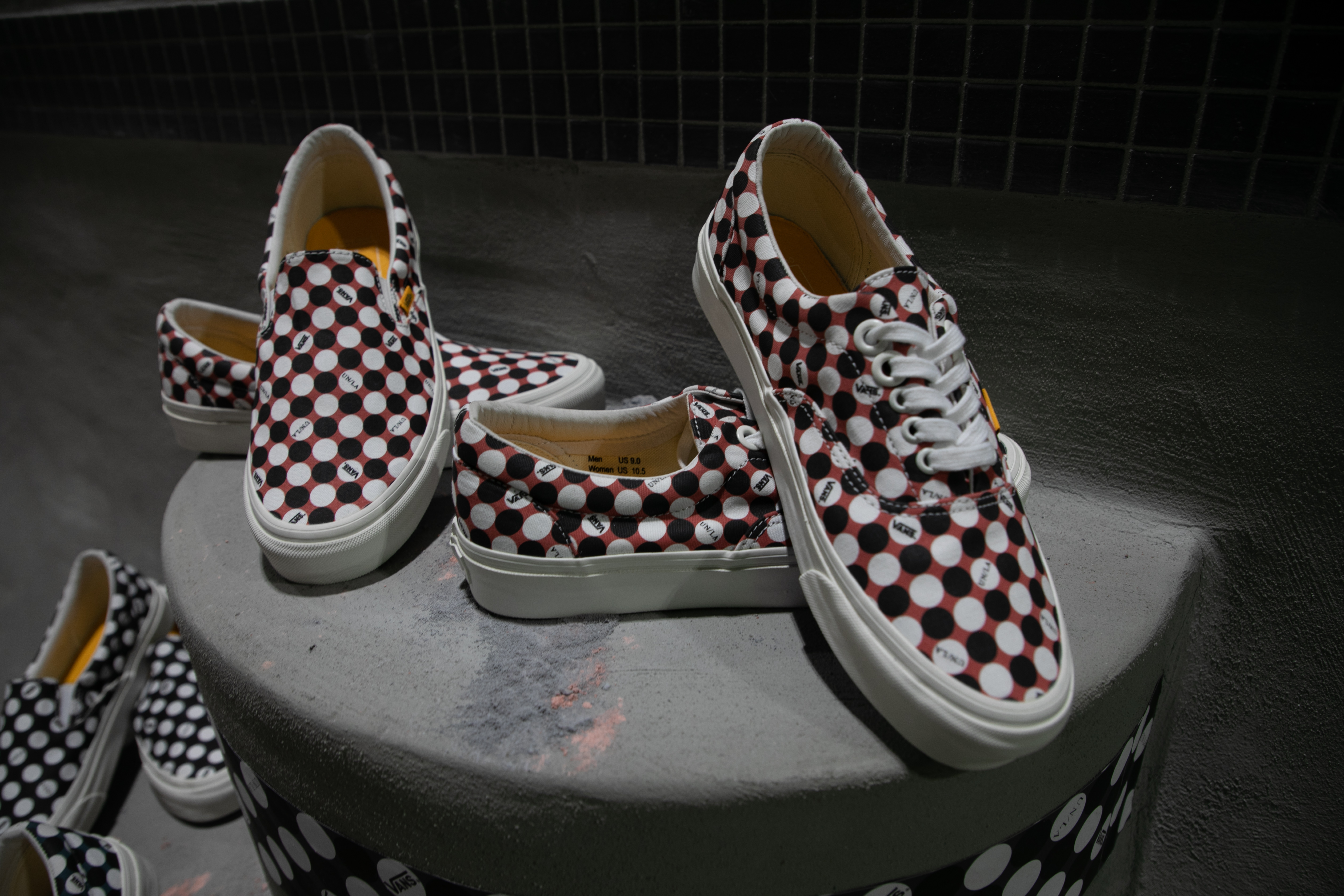 Backstory: It’s always a nice problem to have when units you thought would last over two days blow through in half that time. That was the case with Los Angeles boutique Union’s collaboration with Vans. The offering — two silhouettes in one color — sold out on day one of ComplexCon. Rather than tell kids who paid to get into the event, they were out of product, Union co-owner Chris Gibbs improvised. “Fortunately, we had other colors we were going to launch on a later date and we went at midnight last night, grabbed them and brought them here this morning,” Gibbs said Sunday afternoon. “So we kind of sneak-peeked something we were supposed to be launching at a later date.”

Backstory: The streetwear brand, which is now based in the U.K., started out as a secret store in Paris that didn’t look like a store — it had one window — and could only be accessed by having a cell phone number. Now the brand, which wholesales to retailers including Lane Crawford, sets up temporary pop-ups in different cities and releases capsules sporadically online. Bell-Aimè Bella, one of the brand’s cofounders, said a lot of its online customers are in the U.S. and they came to ComplexCon to see if the region’s interest in the market is valid. “It’s definitely real,” said Bella. Bella said their crossbody bags and pants have sold well.

Pricing: Reflective bags retail for $70 and belt bags are priced at $100.

Backstory: Atmos, a Japanese-based streetwear and sneaker retailer, spurred crowds around its booth with the re-release of the “Cocoa Snake” Air Force 1, which was first introduced in 2001 as an exclusive to Japan. It was re-released in 2006, but hasn’t been produced since then. The style sold at ComplexCon featured Co.jp tags.