The new label from Nick Tershay, Rob Kardashian and a collection of their friends straddles skateboarding and streetwear.

If social is any measure, the brand’s already gotten clout due to posts from the likes of Kim Kardashian and Kylie Jenner at launch.

Halfway Dead tapped Marcos Montoya to front the collection’s campaign imagery for this initial drop and will also build out a Halfway Dead skate team.

“It’s definitely a skateboard brand but I would say more streetwear than Diamond is because Diamond’s pretty core skate,” Tershay said. “Halfway Dead is a little more expensive because we’re doing some higher end cut-and-sew pieces and it’s online only. We’re not selling to any retailers.”

Tershay said the project had been in the works for some three years now and also involves anonymous designer friends within the industry. 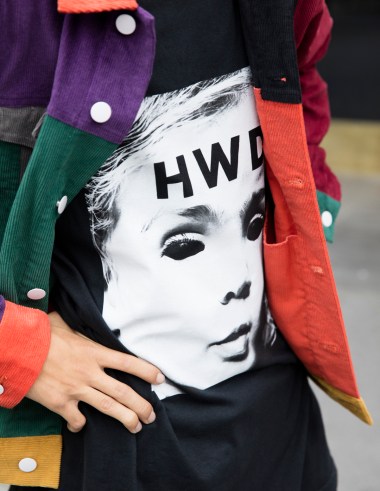 The direct-to-consumer unisex brand will begin to ramp its visibility with pop-up shops coming in the next couple months once the founding team identifies where demand is coming from.

“Most of the items are really limited so we’re not going to make enough for retail partners to order,” Tershay said of the direct-to-consumer strategy. “It’s really something we wanted to do, limited edition with not very many pieces made. We’re going to be designing and making so much stuff that I feel like we can release it faster this way.”

“We actually made a quote for [the brand],” Tershay said explaining the meaning behind the name of the line. “What we wrote down is ‘Halfway Dead is the balance of all things: happy and sad, winning and losing, life and death.’ It’s your middle ground feeling, right? You’re not alive or dead.” 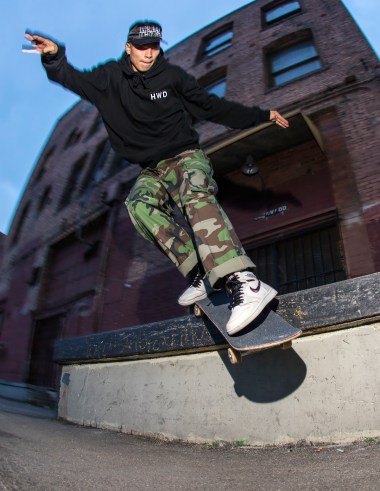 The aesthetic is just as edgy. That’s clear off the bat with even the chicken scratch-style font used to spell out the Halfway Dead logo. Yes, there are the usual heavyweight T-shirts and long-sleeve tops but in an interesting combination of hues: a soft lavender, deep yellow and neon lime green. The graphics seem a bit darker than Diamond, perhaps more for the skaters banging their heads to their favorite crossover or thrash band while cruising the streets. There’s also a hint of a more directional element to where the brand sees itself going in future collections with a corduroy trucker jacket the halo garment for this initial drop, with color-blocking that includes patches of deep purple, turquoise and salmon.

It’s unclear how large the business could grow to be and while getting Halfway Dead off the ground is the main focus alongside Diamond Supply, Tershay said the team internally is talking about other brand launches in the longer term.

“Everyone’s excited and it’s fun,” Tershay said. “It’s really just a fun passion project of us coming together. With direct-to-consumer I feel like even if we’re not selling as much product as, say, Diamond, being direct-to-consumer the profit margin is way higher. But we’re not really trying to make it the biggest brand in the world. Everything’s really limited.” 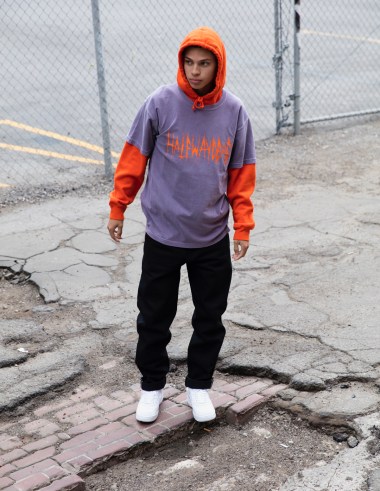