Members of far-right group Proud Boys have been adopting and wearing them as unofficial uniforms to highly publicized pro-Trump rallies.

Members of the Proud Boys and other right-wing demonstrators march across the Hawthorne Bridge during a rally in Portland.

LONDON — Fred Perry has distanced itself from the unwanted affection of U.S. far-right group Proud Boys by pulling its signature twin tipped shirt from sale in North America from September 2019.

The company said last week in a statement posted on its web site that “Fred Perry does not support and is in no way affiliated with the Proud Boys,” and said it was “incredibly frustrating” that this group has appropriated the brand’s tipped shirt and subverted its “Laurel Wreath to their own ends.”

Members of the hate group have been adopting and wearing the shirts as their unofficial uniform to highly publicized pro-Trump and anti-Black Lives Matter rallies in Seattle and Portland.

Fred Perry said the design is a piece of British subculture uniform that has been “adopted generation after generation by various subcultures, without prejudice,” and the Laurel Wreath, which was based on the original symbol for Wimbledon, has represented the idea of inclusivity, diversity and independence for more than 65 years.

But with regard to the recent affiliation with the Proud Boys, the brand said “that association is something we must do our best to end. We, therefore, made the decision to stop selling the Black/Yellow/Yellow twin tipped shirt in the U.S. from September 2019, and we will not sell it there or in Canada again until we’re satisfied that its association with the Proud Boys has ended.”

“To be absolutely clear, if you see any Proud Boys materials or products featuring our Laurel Wreath or any Black/Yellow/Yellow related items, they have absolutely nothing to do with us, and we are working with our lawyers to pursue any unlawful use of our brand,” the company added. 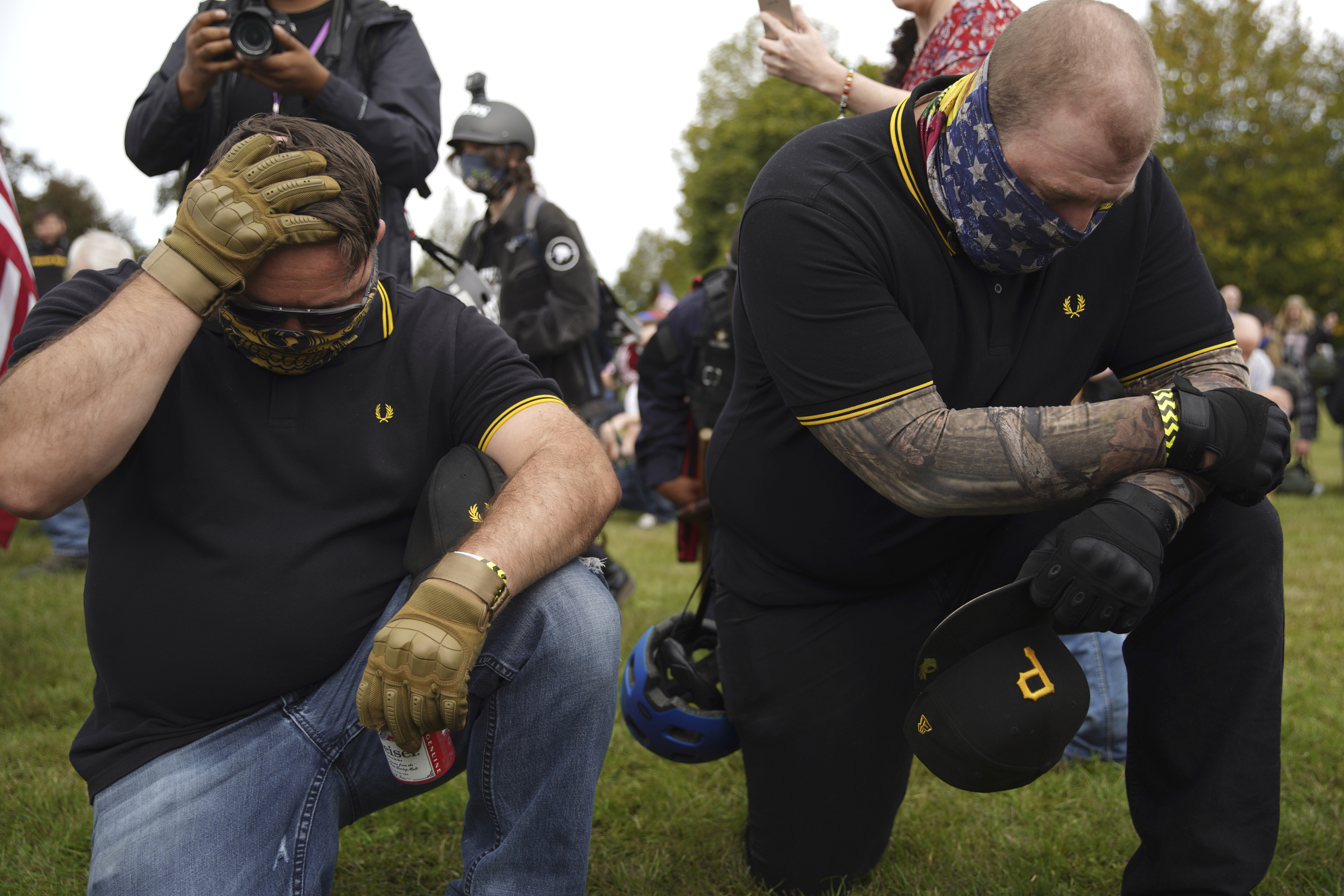 Members of the Proud Boys wearing Fred Perry polo shirts and other right-wing demonstrators kneel in prayer at a rally.  AP

The brand quoted its chairman John Flynn’s response in 2017 regarding this topic.

“Fred was the son of a working-class socialist MP who became a world tennis champion at a time when tennis was an elitist sport. He started a business with a Jewish businessman from Eastern Europe. It’s a shame we even have to answer questions like this. No, we don’t support the ideals or the group that you speak of. It is counter to our beliefs and the people we work with.”

Founded by English tennis player Fred Perry in 1952, the brand was sold to Japanese company Hit Union in 1995, but family members still work closely with the brand.

Proud Boys was started in 2016 by Vice Media cofounder Gavin McInnes, who left the media company in 2008, taking the name from the song “Proud of Your Boy” from the Disney film “Aladdin.” The group was classified by the FBI as an extremist group with ties to white nationalism, while the Southern Poverty Law Center has called it an “alt-right fight club.”