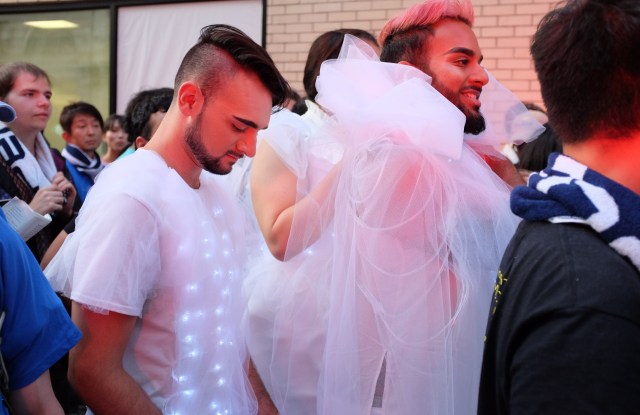 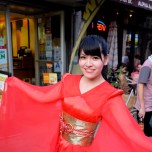 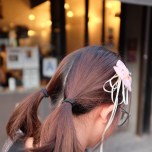 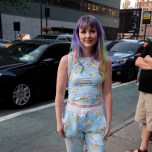 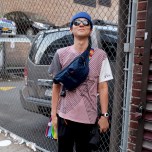 It would seem that being a Japanese expat in New York has perks. And over Labor Day weekend, the arrival of Japan’s equivalent to the Spice Girls at  Manhattan’s Hammerstein Ballroom was added to the list. Two shows by the pop trio Perfume – a group that routinely sells out 37,000-seat super arenas in its native country – were performed in the considerably more intimate 2,200-seat venue.

The opportunity wasn’t lost on the mostly Japanese audience – dressed in an assortment of Sacai, selvedge denim, and fan merchandise – who sang and danced in unison with the group, comprised of Ayano Ōmoto (“Nocchi”), Yuka Kashino (“Kashiyuka”) and Ayaka Nishiwaki (“A-chan”).

On an international tour to celebrate their fifth studio album, “Cosmic Explorer,” Perfume – founded in 2000, old by Asian music industry standards – exhibited the showmanship hallmarks that have made them famous.

The group has built its reputation on catchy lyrics, easy-to-mimic dance routines, and a strong alignment with fashion and technology. For “Cosmic Explorer,” the performers (all age 27), donned fiber-optic equipped dresses. The group’s opening routine was accompanied by a half-dozen illuminated drones, choreographed to dance along with the music. More than two dozen high-beam lasers were dispatched throughout the show.

“I love them, they are so cute. My husband and I practice in our living room singing and dancing to their songs, so we are excited to sing and dance with them in person,” Kyoko, a Tokyo transplant who owns the fashion showroom Mizugara in New York, said.

“I am a big fan, I came to see them here two years ago. Their sense of style is perfect and how they use technology is great. Their stylist is very good and dresses them in one of my favorite brands, Mame [Kurogouchi], with designs that are custom-made,” Maoko, a New York-based buyer for the Japanese fashion chain En Récré, said of her affinity for Perfume.

An archival exhibition of the brand’s fashion ensembles from past tours was mounted in a Chelsea events space through the weekend.

Japan They Are Wearing