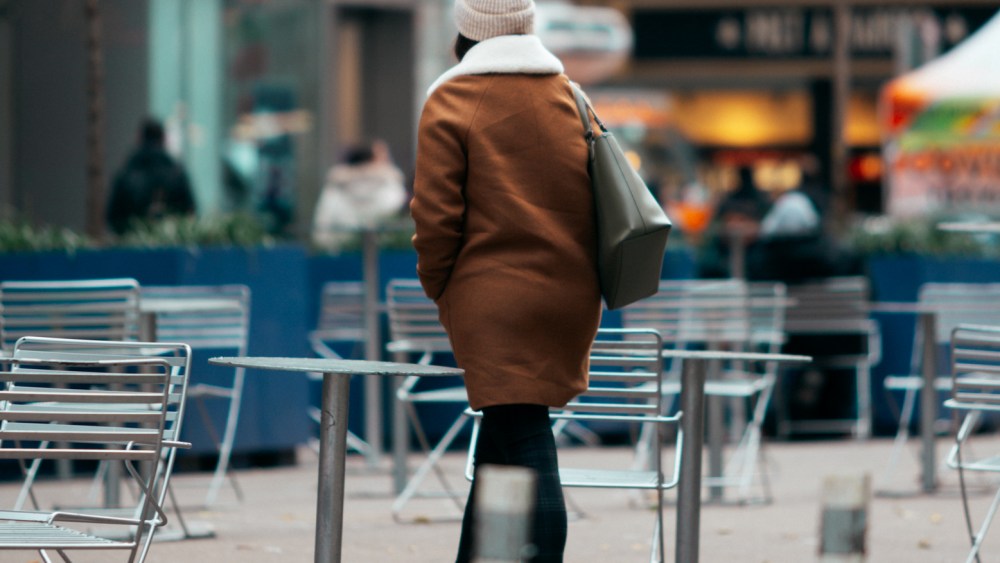 Street style of New York has spoken: it’s time to bundle up.

As temperatures are dropping, New Yorkers are bringing back their outerwear A-game with the key jacket trends such as shearlings, belted camel coats and a good array of fall-like colors.

While powersuiting remains a consistent runway trend, menswear-inspired dressing was omnipresent across the city in the form of outerwear with menswear heritage prints, such as Glen plaid and Prince of Wales in lengthy proportions, while chic belted camel and trenchcoats signify a return to dressing up with timeless styles.

As seen on the spring runways, the tiny handbag trend — see the Jacquemus “Le Chiquito” mini-clutch — is getting the XXL effect as the next “It” bag. On the streets of New York, oversize bags, ranging from backpacks and hobos to a variety of totes, prove the trend’s functional, stylish appeal.

When it comes to winter accessories, knit scarves serve as the perfect complement to the knit explosion that’s happening underneath, while beanies and furry caps add a textural element to any fall look.

Across categories, fall hues — terracotta, brown, red, beige — and neutral tones send a message of coziness against the impeding winter season. The idea of matching shoes with coats, or hats with coats, is also emerging from the streets as an intriguing element of style for the fall season.

Here, WWD’s They Are Wearing spotlights the best layered up, fall looks on the 2022 New York streets.