The Hundreds cofounder talks about his new women’s line Jennifer and the state of the business. 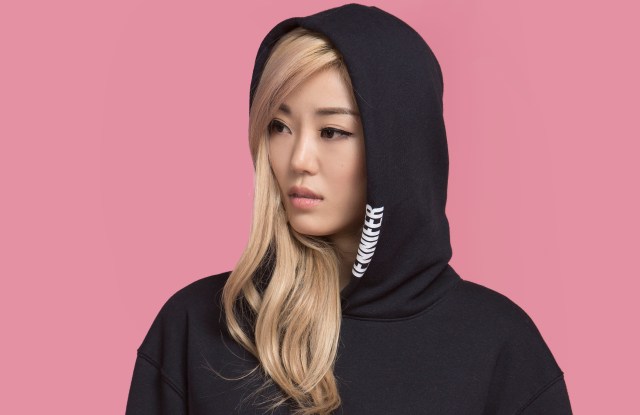 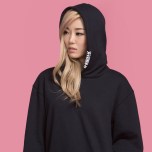 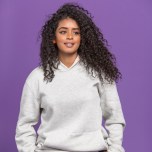 The evolution of Bobby Kim as designer and artist has taken a turn for the, well,  feminine.

The cofounder of men’s streetwear brand The Hundreds has taken his first steps into the women’s market, not with a Hundreds line of women’s wear, but with a whole new brand he hopes a new consumer might relate to and upon which a new line could potentially hang, called Jennifer and launching today.

“This has always happened, but it’s become even more popular within men’s streetwear for women to wear it and women to wear it well and often look better in men’s streetwear than men do,” Kim said. “But more often than not, you don’t see it so much the other way around where men are wearing something that is intended and targeted for women and wearing it comfortably and owning it. That was really the concept for the brand itself. I don’t want it to be gimmicky.”

In true streetwear fashion, he is keeping the offering limited with 40 pieces made in each of the three colorways: watermelon, black and a light gray. They’re priced at $140 and made in Los Angeles.

The idea was to create something coveted, dare he say even collectible, and something to be worn by women but perhaps their boyfriends or husbands — a kind of reverse play on something along the lines of the “boyfriend jean.” But Jennifer shouldn’t be confused as a unisex line; it is specifically made and marketed for women.

The launch is modest with three sweatshirts sold direct and thoughtfully designed with a slightly more cropped cut and Jennifer logo — named after the most popular name in the early Eighties when Kim was growing up — wrapped around the bottom corner of the hood.

“I thought ‘What’s the coolest thing you can be wearing when you’re falling asleep in a bean bag?’” Kim said of the design.

It remains to be seen how the market responds to the steeper price point and what demographic it ultimately attracts; Kim said he didn’t design it for a particular person or age group. If it does well, he sees opportunity to expand for the spring into potentially bottoms, but he’s not holding a schedule and sales goals to his head.

Some might scoff at the launch that it is not a full line, but to really understand why Kim is doing it is to understand the backstory of The Hundreds, which came into existence before there were such things as digital brands, influencers and an option to circumvent the old guard retailers and build a brand direct-to-consumer.

The sweatshirts are more about a dialogue very much in the vein of what The Hundreds was and has been since Kim and Ben Shenassafar launched it in 2003 when the two were both in law school. They created a streetwear brand that, at it’s most basic level, is easily identifiable by its cartoonlike bomb logo — symbolic of being on the verge of going off but never actually exploding. That was the point of the brand — to never really explode, but it did in the early Aughts and continued the upward trajectory riding a wave much of the rest of streetwear rode as heritage action sports brands lost steam and store shelf space.

“It was a great response to mainstream skateboarding and mainstream urban fashion that had kind of laid it up so that we could do the slam dunk,” Kim said of the time. “It was a great movement with the Internet building, with social media building and independent young designers that were tired of these corporate megabrands.”

But when the economy pulled back and the recession hit, many of the streetwear upstarts went away with the shifts in consumer spending and taste in trends. The Hundreds, which doesn’t disclose its financials, at its peak numbered about 100 employees with four stores. Keeping up with the growth during the heyday wasn’t necessarily fun and Kim admitted “at 100, we were having a lot of issues; we’re just not built like that — Ben and I as people. And the brand’s not built for that. It just wasn’t something that fit comfortably and with brand integrity overall. We were losing control, and Ben and I are complete control freaks.” The company, based in Vernon, Calif., now has about 60 workers and three stores, but it’s perhaps finally hit its stride in its teen years.

“We figured it out; it just took us 13 years to get here. It was super hot, super not hot and now we’re just a solid brand, and in our world we’re a heritage brand,” he said. “We’re never going to be the youngest and coolest again; it’s impossible. But we’re not played out and done because we know how to run a good brand and business so we’re just in a sweet spot where we’re relevant enough. We’re businessmen enough.”

After a period of self-reflection about the brand and the business and what that all should look like when it “grows up,” Kim feels good about the business.

The company a few months ago introduced a sleeker, faster web site. They could open more stores in the future, although it’s not top of mind. If they were to open a new door, they’ve been eyeing London for about five years. There’s also Canada, Boston, Miami and Paris. The trick really is not so much about the numbers as any artist will say, but really for The Hundreds success is in maintaining a beloved brand that’s still relevant.

“Streetwear doesn’t operate by those [financial] rules. Tech, it’s very cut and dry,” Kim said. “This generation of brand upstarts and this ‘Shark Tank’ generation, they think along those lines in creating a business. All the people who you see on the cover of Forbes. The figureheads you see for the entrepreneurial culture, which it really is now: You have an idea. You go out and get your funding and have your initial round. Then you get the valuation up to a certain point have someone come in and buy it. That tech way of doing business is how a lot of businesses act now. That’s more attractive to people than actually running a well-run business where you take a good salary home and create a solid lifestyle business. That’s what I want.”

When asked about whether he and Shenassafar have thought about succession planning and if that entails selling, the answer is a firm “no” to a sale — at least for the time being. The brand’s been approached by interested buyers throughout its lifetime, but neither at the end of the day want a boss.

“We entered this as artists and as dabblers,” Kim said. “Most people who get into streetwear do it because they’re tired of the status quo and have something to say but may not necessarily be business savvy or great brand architects. They’re just there to be heard and to disrupt. I think we did a great job of that the last 10 years and the last three we’ve just been more deliberate in our actions and thinking through things and how do we make sure we can do this forever.”