They Are Wearing: Afropunk Fancy Dress Ball in Los Angeles

Rain didn’t deter Angelenos from attending the Afropunk Fancy Dress Ball in colorful get-ups. After all, the theme was “Be Free, Be You.” 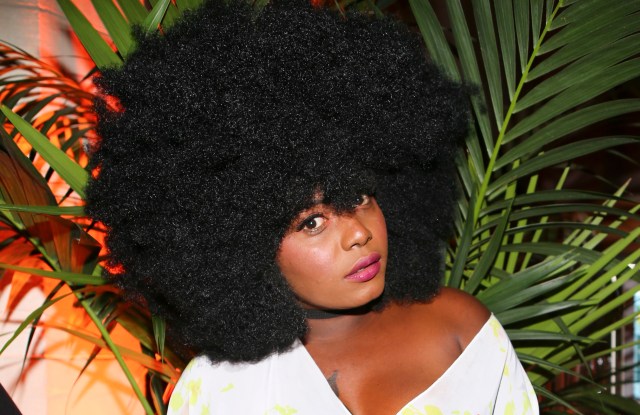 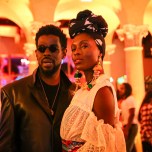 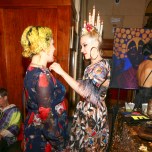 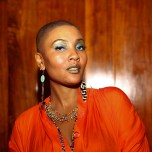 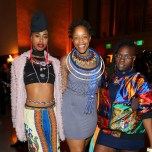 A wet chill didn’t deter Angelenos from christening the Afropunk Fancy Dress Ball in their most colorful outfits.

As rain coated the City of Angels in a slick glow on Sunday night, both male and female partygoers piled on bright prints, metallic jewelry and glitter makeup to stand out from the crowd at the debut of the global party at the Park Plaza Hotel. After all, the theme was “Be Free, Be You.”

Among the guests climbing the steps of the Neo-Gothic venue near Macarthur Park, women paid tribute to tribal art, drawing dots on the edges of their strong brows. A male attendee dusted his eyes with a glitter mask that somehow complemented his turquoise puffer jacket. To keep the rain off their noggins, guests utilized turbans, fedoras and headpieces accented with feathers and vivid stones. The array of accessories ranged from a silver nose ring to a bolo tie on a floral suit to black spectacles that could have been lifted from the animated character Edna Mode in “The Incredibles.”

If they felt a bit underdressed, Menogu Designs gave away a limited number of chokers and bow ties designed locally out of African prints and textiles. Risha Rox also lent a hand to smearing bodies in paint that glimmered in the dark. And what’s a party without a social media snap? Attendees transformed into angels, thanks to giant wings mixed from fuchsia, yellow, white and aqua paints by Colette Miller.

Following shindigs in New York and Paris, the Los Angeles edition benefited the Afropunk Global Initiative, which centers on building positive identities of self and community. Underscoring the theme of inclusivity and love, Red Bull, which hosted the bash as part of its third annual 30 Days in L.A. series, broadcast a backstage meet-up on Facebook Live with Big Freedia and Beyoncé’s lead dance captain, Ashley Everett, before Big Freedia took the stage as one of the headlining acts. Other performers included Byrell the Great, Uniiqu3, LSDXOXO, Cakes Da Killa, MikeQ and H09909.