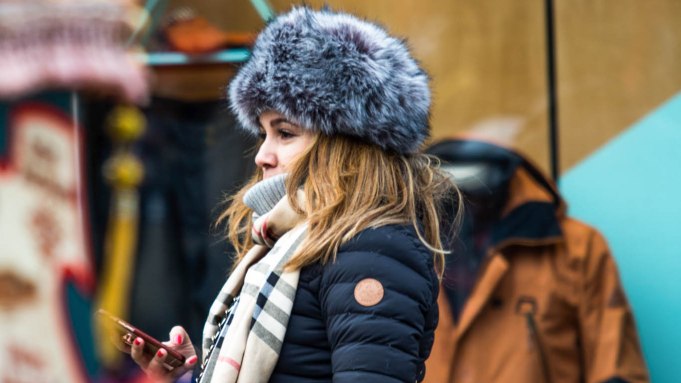 Ski season is well under way throughout Europe’s resorts — and Chamonix, the famous French ski town, is no exception.

Known as the birthplace of mountaineering, the upscale ski town is also a European style-spotting hot spot, drawing a chic, international crowd in the winter months.

On a recent weekend in Chamonix, skiers and locals dressed to be seen; they spent their mornings on the slopes, and the afternoons shopping, people-watching and basking in the après-ski atmosphere. Many stuck to dark, classic tones, but experimented with textures and textiles. The streets were ruled by fur — especially seen on hats and statement boots — and some skiers kept their snow gear chic, complementing their mountain attire with faux-fur bags and sleek sunglasses.