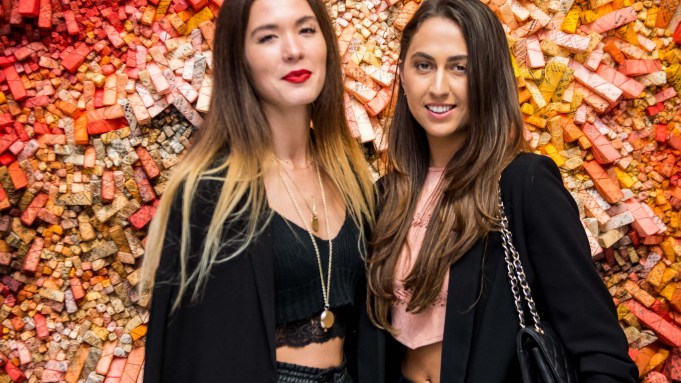 The art crowd has descended on Hong Kong this week for the latest installment of Art Basel and a host of satellite events around the city. WWD shot stylish attendees at a few key festivities so far, including Monday night’s opening of the “Structures of Recollection” exhibition at Pearl Lam Galleries and Tuesday night’s Net-a-porter and Mr Porter party hosted at The Pawn.

Guest at both events — as well as those wandering the main exhibition at the city’s trade center — sported a host of styles. Many opted for all-black or black-and-white combos, but a few flashed some traditional Chinese red (or hot pink). Funky, colorful sneakers, especially in orange, as well as chunky statement necklaces were out in full force. As for outerwear, cool, sporty jackets abounded, along with embellished pieces and the odd kimono.