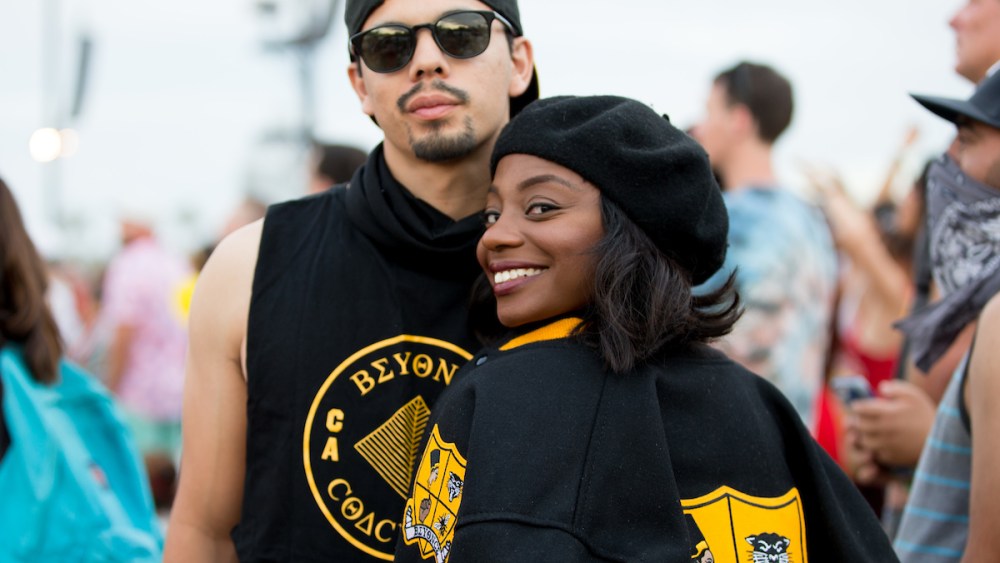 Bow down to the Queen. Beyoncé ruled Coachella Weekend Two just as she did Weekend One, but this time the BeyHive came prepared with a strong fashion game, having seen the history-making, Balmain-filled filled show (it was hard to miss, even if you weren’t there).

While the yellow football jerseys and marching band garb were switched to pink versions for the second show, the fields at the Empire Polo Club in Indio, Calif., were still dotted with shades of gold as most fans chose to wear the color in honor of the Queen Bee.

Also trending was the official Beyoncé Coachella merchandise, which sold out at the festival last weekend, but was available in an online pop-up shop and a replenished tent on-site. The $40 T-shirts bearing Beyoncé’s Nefertiti-styled visage or her logo, and some $450 satin tour jackets, were seen on the backs of women, men and even a few kids.

And the “A” for effort went to those who crafted their own Beychella T-shirts and sports jerseys.