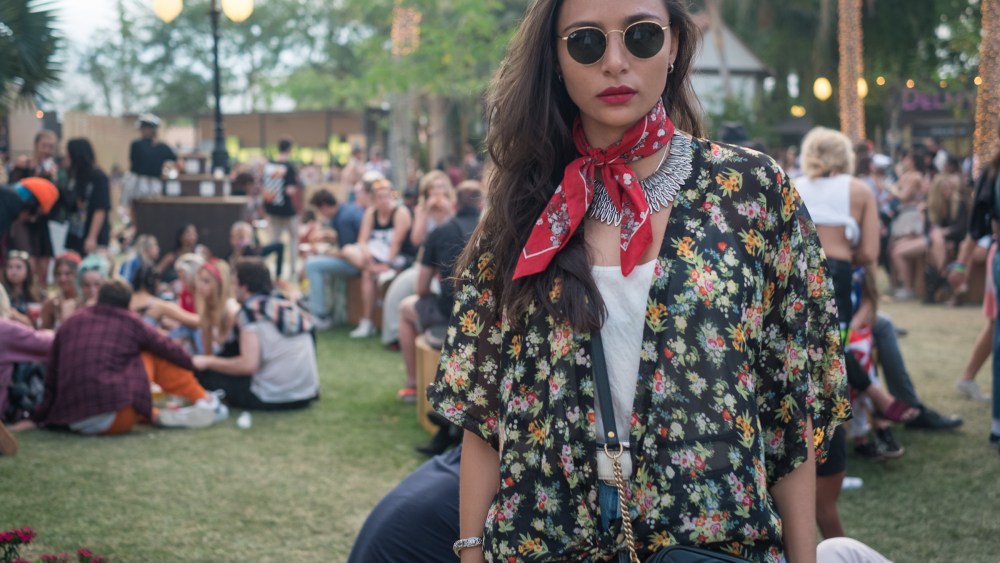 The Coachella Valley Music and Arts Festival might have reached a performance peak with Beyoncé’s history-making headliner show, but the majority of attendees’ clothes have stagnated in what can only be described as the mass mall-ification of “festival fashion.” While it’s become a boon for struggling retailers and the endless maw of social media, the now-standard look — small boho tops, denim cutoffs, fringe — best exemplified by Victoria’s Secret Angels and their wannabes, leaves fashion insiders wanting for the new.

The influence of streetwear and the diversification of the festival’s musical lineup, reflective of pop culture in general embracing variety, meant there were indeed some fresh looks dotting the fields at the Empire Polo Club in Indio, Calif. Baggy has replaced tight, sneakers have replaced boots, fanny packs have replaced cross-body bags, braids have replaced flower crowns.

Just as street fashion at the Sundance Film Festival 2018 reflected the film industry’s move away from #oscarssowhite, the festival has begun to embrace music fans of all colors. Gucci still reigns supreme on the status logo front, Levi’s are still the gold standard in denim, vintage anything is still cool, but it was refreshing to see cultural mash-ups and high-low mixing.

Now that festival season has officially started, perhaps the global influence will have permeated by the time Coachella 2019 rolls around.