They Are Wearing: Coachella Weekend Two

From fringed and frayed clothes to shimmering face crystals, the boho aesthetic was on full display during the second weekend of California's Coachella Valley Music and Arts Festival. 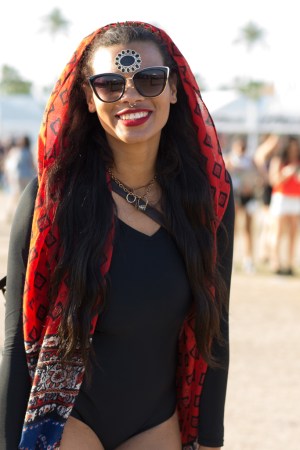 Fringed, gauzy and frayed — all elements of the boho aesthetic that has become the uniform for young festivalgoers—were again front and center during the second weekend of the Coachella Valley Music and Arts Festival. Attention-getting floppy hats, face crystals, bare midriffs and an array of eyewear were also spotted all around the sun-drenched lawns of the Empire Polo Club in the California desert near Palm Springs.