They Are Wearing: Desert Trip Music Festival, Weekend One 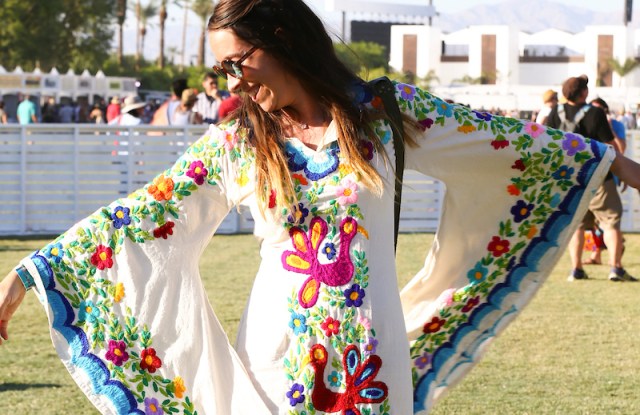 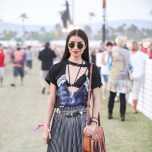 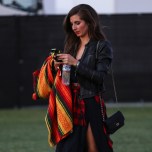 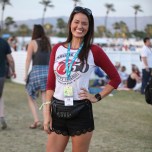 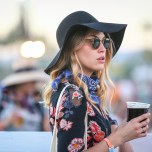 Dubbed “Oldchella” by the younger Coachella set, the Desert Trip music festival in Indio, Calif., that wrapped the first of two weekends on Sunday proved that the classics — both the OG headliner acts and the clothes that inspired today’s festival fashion — rule. The nighttime-only, three-day concert slate opened with Bob Dylan and The Rolling Stones on Friday; Neil Young and Paul McCartney on Saturday, and wrapped up with Roger Waters and The Who on Sunday.

Mick Jagger and The Rolling Stones onstage at Desert Trip, Weekend One in Indio, Calif.  Wes and Alex/REX/Shutterstock

There were plenty of PYTs wearing Stones, Dylan and McCartney T-shirts, most of which looked vintage (perhaps the wearers bought them at past concerts or they were hand-me-downs from mom or dad) and were paired with the standard denim cut-offs or Sixties-style A-line miniskirts and boots. The summery floral frocks that ruled at Coachella were now richer fall colors, and the Indian Summer of Love looks seemed truly vintage. Missing were the bralette tops, HotPants and gladiator knee-high sandals of spring. Also absent: flower crowns save for a notable few — Mick Jagger donned one on stage for a moment.

While most of the attendees were closer in age to McCartney, Jagger and their cohorts, many of them brought their grown children, all of whom were old enough to partake in the beer, wine and cocktails on offer in the VIP tent as well as swanky “food experiences” set up on the grounds of the Empire Polo Club. To accommodate the classier crowd, many of whom shelled out upward of $1,000 for tickets and deluxe packages, there was grandstand seating, rows of reserved VIP seats up front and even the general admission field allowed for guests to bring lawn chairs, something that’s forbidden at Coachella, where the throngs of underage teens are too busy frolicking around to bother with sitting. In this case, guests actually needed or wanted to sit down with a glass of wine and they were also mindful of their Chanel bags and other pricey accessories.