They Are Wearing: Heat Wave in Barcelona and Paris

As the mercury topped 90 in Barcelona and 100 in Paris, residents took a less-is-more approach to beating the heat.

By Barbara Barker and Laurent Folcher on July 4, 2015
View Slideshow 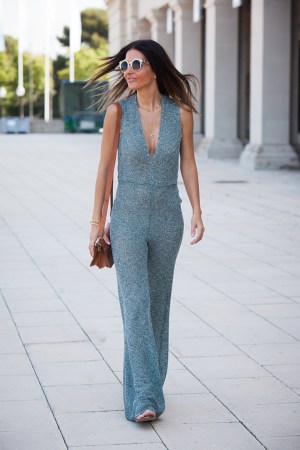 As Europe was blasted by summer’s first heat wave, residents of two of its most stylish cities, Barcelona and Paris, hit the streets in pared-down style.

Temperatures topped 90 degrees in the Catalan capital as it hosted 080 Fashion Barcelona (named for the city’s zip code) at the neo-classical Olympic stadium on Montjuïc hill. Off the runway, the style message was clear: less is more. Women favored short-shorts, rompers, feminine dresses and lace and crocheted looks. Men went loose and easy in tanks and T-shirts with colorful graphics and oversize silhouettes. Statement sunglasses were hot accessories for both sexes.

Just days before the Paris Couture collections as the mercury hit 102 degrees, the city’s streets — from the 1st arrondissement near the Louvre to rue du Seine in the 6th — were buzzing as residents walked and biked while wearing tank tops and shorts, rompers and sleeveless sundresses. White, khaki and the occasional denim and black kept things neat and chic.