They Are Wearing: Lollapalooza 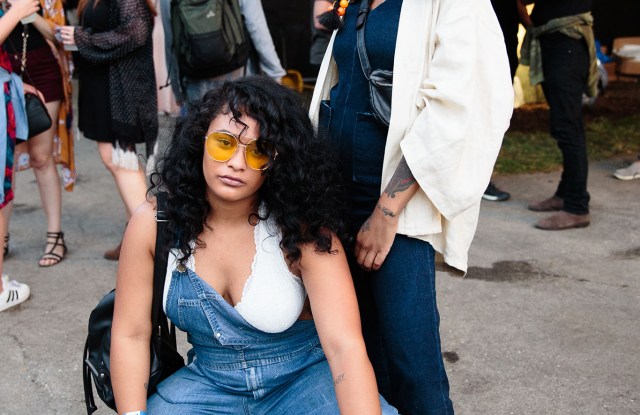 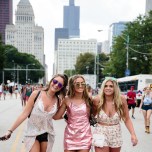 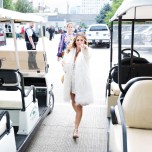 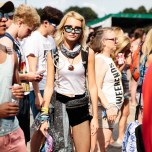 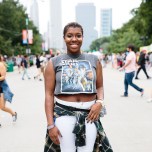 CHICAGO — Mother Nature posed quite the daily fashion challenge for the hundreds of thousands of Lollapalooza festivalgoers at Chicago’s Grant Park last weekend. From severe thunderstorms on Day One — forcing an emergency evacuation of the park — to cool fall-like temps on Day Two to 80-degree sunny summer weather by Day Three, the festival street style was as diverse as the music lineup. “I had to run out and buy a sweater,” noted one gal, who flew in from San Francisco for Lollapalooza, which kicked off its four-day run on Thursday and concluded Sunday.

Depending on the day and weather forecast, festival wardrobe mainstays — halter tops, shorts, rompers, breezy dresses and combat boots — were paired with denim jackets, long-sleeve Ts, faux-fur coats, leggings and puffy coats. Otherwise, they were worn alone, weather permitting. Even Lollapalooza creator Perry Farrell was spotted looking chic and warm in a tailored denim studded blazer, skinny jeans and rainbow-accented Gucci loafers. New looks seen throughout the grounds this season included oversize kimonos, baggy and skinny overalls, car suits, cropped wide-cut pants, in printed fabric and denim, and sports team apparel jackets and jerseys. This year marked the 26th anniversary of Lollapalooza and the festival featured more than 170 bands on eight stages, including Chance The Rapper, The Killers, Arcade Fire, Cage the Elephant and more. Due to the threat of lightning strikes nearby, performances by Muse and Lorde were cut short on Thursday. “This is the most ‘Melodrama’ s–t ever,” Lorde tweeted, after being told to leave the stage, while referencing her latest sophomore album.