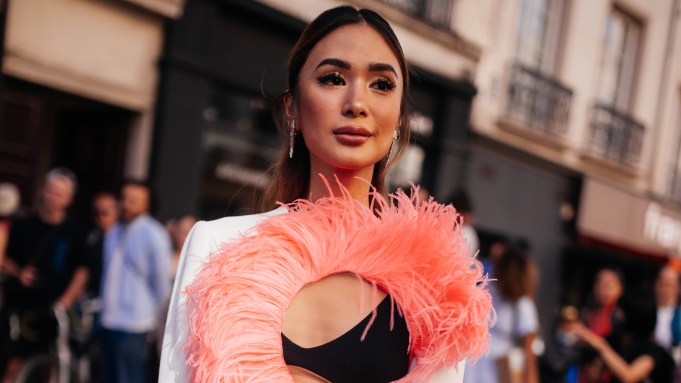 As the haute couture season has grown into a cultural phenomenon, so has the street style of fashionistas outside of the runway shows, which no longer are exclusive to couture clients and attract celebrities, influencers and fashion fanatics as well. While influencers often don full looks to promote their brand relationships, other creative types and the fashion-savvy opt to push their personal styles forward, resulting in myriad interesting trends.

Some of the biggest street-style trends across Paris Couture Week, which ran July 3 to 7, included tromp l’oeil details, skin-baring styles, a denim renaissance, gender-fluid silhouettes, statement accessories from head to toe, and a balance in palette between summer brights and minimalist, “Balenciaga” black.

For instance, model Jourdan Dunn emerged in an architectural, sheer number from the Jean Paul Gaultier couture show, which featured looks from guest designer Olivier Rousteing, leading the way on the transparent and skin-baring trend. Elsewhere, Schiaparelli jewelry, pins and headware were some of the best examples of statement accessories that took over the Parisian streets, proving that more is more this summer. Other big accessories included oversized hats, cross-body bags, and a range of sunglasses, which were often seen as the finishing touches to all-black looks.