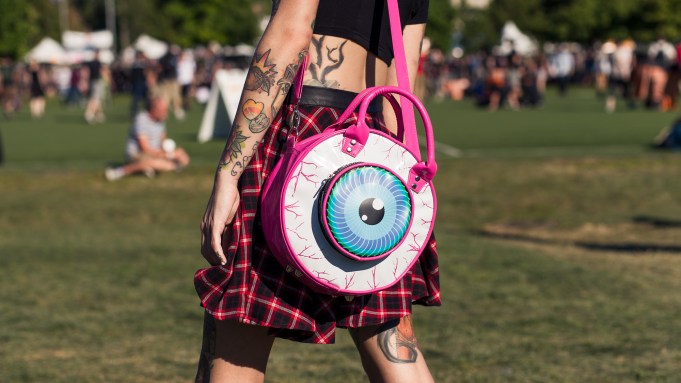 CHICAGO — Move over floral hairpieces and fringe. If music festival fashion is synonymous with trippy peace-and-love looks that originated in the Sixties, then Riot Fest, known for its punk rock focus, takes festival attire into harder-edged territory: think Seventies punk, skinny black jeans and rock T-shirts, and tons of spikes and studs.

The 11th edition of Riot Fest, held at Chicago’s Douglas Park, closed Sunday and brought together punk and rock acts like Social Distortion, Morrissey, Rob Zombie and The Original Misfits. The three-day festival drew about 60,000 fans each day and the grassy fields were brimming with fashion looks that could have been styled by Vivienne Westwood and Malcolm McLaren themselves.