They Are Wearing: ‘Star Wars: The Force Awakens’ Opens

Fanboys and fangirls sported variations on Wookie and Princess Leia costumes for the film's opening Thursday night in New York. 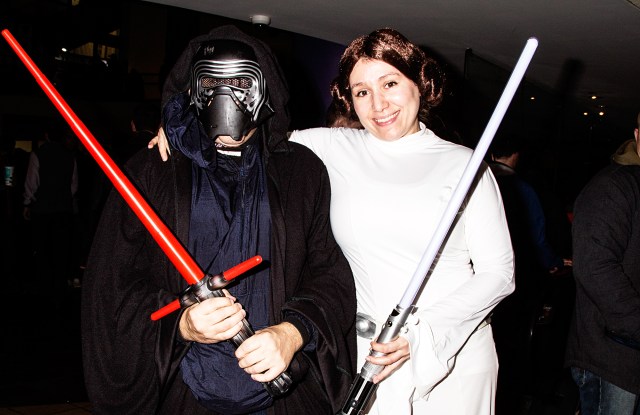 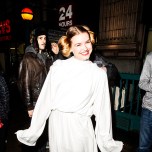 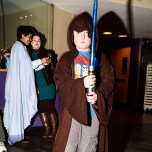 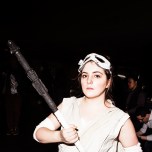 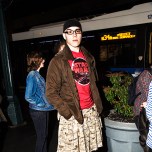 Considering all the anticipation — and the media’s coverage of said anticipation — of “Star Wars: The Force Awakens,” it comes as no surprise that when the film began rolling out on Thursday night, the costume-loving fanboys and fangirls were out in full force. Despite the crummy weather, New York’s most devoted made it out to see 2015’s sci-fi supernova in their most festive attire, more than ready for 2 hours and 16 minutes of nerdy delight. Box office analysts project that the “Force Awakens” installment, set thirty years after “Star Wars: Episode VI — Return of the Jedi,” will generate more revenue than any other film in the franchise. And while fans couldn’t dress as the instantly recognizable Chewbacca or stormtrooper — most theatres are banning masks, along with face paint and toy weapons, though, AMC is allowing light sabers — they found creative ways to show their enthusiasm. Restrictions be damned!