They Are Wearing: Stockholm

During fashion week, many Stockholmers proved to be beautiful, confident nonconformists. 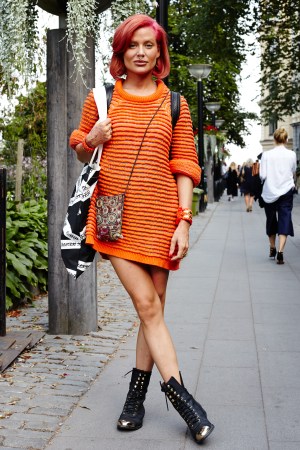 Stockholm’s designers may be less celebrated than their counterparts in Europe’s fashion capitals, but the city’s best-dressed residents have a distinct style that’s both edgy and understandable. During fashion week, many Stockholmers proved to be beautiful, confident nonconformists.

See More From ‘They Are Wearing’