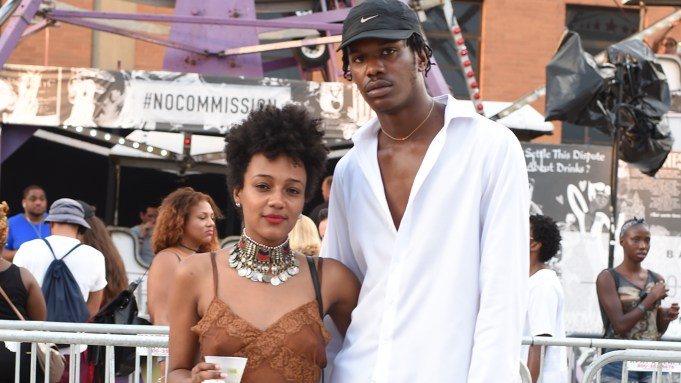 As the new global chief creative of Bacardi, Swizz Beatz and his peers teamed up to host a contemporary art extravaganza in the South Bronx on Thursday night. Called “No Commission,” the project, which launched back in December at Art Basel Miami Beach and is curated by The Dean Collection, offers a platform for emerging artists to showcase and sell their work.

The art was not the only thing making a statement. The hip crowd brought in bold prints, statement jewelry and their grooviest footwear to show their effortless swag. Even Beatz wore a pair of shoes that were originally painted by Keith Haring.

Celebrities such as Chanel Iman, Coco Rocha, and Karrueche turned out to the event. The “No Commission” fair will be held through Sunday, with performers such as Young Thug, Q-Tip and Pusha T slated to perform.