The trendy men’s underwear brand will be unveiling its first men’s swimwear collection at the Swim Show in Miami. 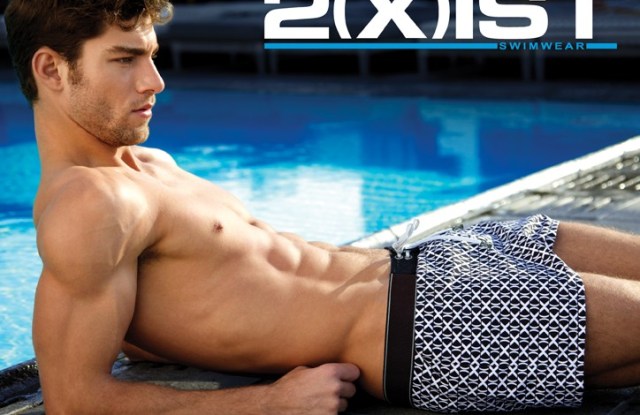 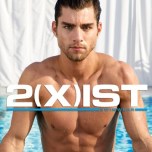 2(x)ist is jumping into the men’s swimwear market.

The trendy men’s underwear brand, known for its fit and fashion-forward styling, will be unveiling its first men’s swimwear collection at the Swim Show in Miami, which runs July 16 to 19. The swimwear will be featured in the Mercedes-Benz runway fashion show at the Miami fair, and will also be shown in a presentation in September at New York Fashion Week.

Ralph Beyda, vice president, said distribution will be aimed at high-end department and specialty stores such as Neiman Marcus, Saks Fifth Avenue and Bloomingdale’s, specialty shops and luxury hotels. In stores, the swimwear will most likely be merchandised in men’s sportswear departments, he said.

“We are taking what we’re doing in underwear and translating it into swimwear.…We are expecting swimwear to be about 10 percent of our underwear business the first year,” said Beyda. An annual wholesale sales volume was not available, but 2(x)ist underwear sales exceed more than $40 million, according to industry estimates.

The collection is expected to feature 11 styles in wovens and knits. There will be seven different groups offered in a palette of 50 colors. The core collection will feature solid shades while fashion groups will focus on neon brights, tropical stripes and four-way stretch seersucker that has a preppy look. Special effects will include x-logoed grommets. The company will also launch its x logo for the first time at the back center of a wide waistband.

Jason Scarlatti, creative director of 2(x)ist, said both the signature waistband and contour pouch lining designed in top-selling underwear styles will be incorporated into the swimwear.

“We’ll be featuring styles from our most popular underwear silhouettes with a contour pouch in the swimwear. It helps the fit and it looks sexy — not like styles you typically see in [men’s] swimwear,” said Scarlatti.

Describing the 2(x)ist customer, Beyda said, “He’s someone who is interested in great fit, quality and comfort. He’s between 18 and 36, but we are really trying to capture the guy in his late 40s who’s really body conscious. This swimwear is definitely for the body-conscious consumer.”

The launch of swimwear, which is being designed and produced in-house, follows two other brand extensions: a line of men’s dress and athletic socks produced by High Point Designs, which was introduced this spring, and a line of men’s loungewear for holiday 2011. The loungewear is produced under license by Intimo.

As for what’s next on the licensing agenda, Beyda said more brand extensions are planned.

“People have been asking us ‘What has taken you so long to do brand extensions?’ We now feel the time is right…We are in conversations to do footwear, skin care and sunglasses,” said Beyda.