Men's grooming brand Baxter has taken the plunge into retail and services. 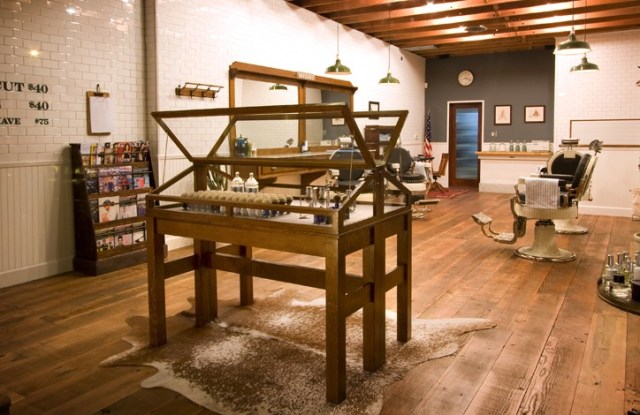 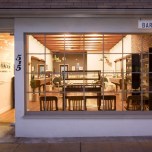 Men’s personal care brand Baxter of California, which was founded by Baxter Finley in 1965, has taken the plunge into retail and services with the opening of the firm’s first barbershop.

Located at 515 North La Cienega Blvd. in Los Angeles, the 1,000-square-foot space boasts a retail area of 300 square feet, featuring such brands as Baxter’s own personal care products and shaving tools, as well as brands retaW, Dr. Bronner’s, D.R. Harris and Marvis, to name a few.

The four-chair shop is called Baxter Finley, Barber & Shop. The shop marks the brand’s 45th anniversary, and industry sources estimate the space, which was opened last month, is on track to target upward of $250,000 in sales and services during its first year.

The barbershop offers basic cuts and shaves only, for $40 each, and a combined cut and shave for $75. Also, beard trims and buzz cuts can be ordered off the menu.

Discussing the inspiration for the shop, Jean Pierre Mastey, president and owner of Baxter of California after acquiring it in 2001, said, “It’s something I’ve wanted to do for four or five years. The concept was to do a cool, men’s environment, and the natural evolution of that [was] to do a barbershop.” He noted that a longtime friend and real estate agent Allen Roth partnered with him and is also an investor in the venture.

“It’s been a long couple of months, but we’re finally done and happy with the way things turned out,” said Mastey. He describes the clientele as “fashion-forward, style-conscious guys. He’s a little bit hipster,” he added, saying, “We also see guys trending to tradition.”

Mastey’s father had a salon in Beverly Hills, and Finley was a neighbor who had the personal care brand at the time. Mastey, who is of French-Moroccan descent, noted his grandfather was a hairdresser in Morocco.

“It’s kind of in the bloodlines,” Mastey said of the hairstyling streak.

The simple, old-world-feel space features reclaimed Douglas fir flooring, subway-tiled walls, Koken White King barber chairs — dating back to the early 1900s — custom oak-marble back bars and gold leaf on the glass front door. “This is like a shop my dad or grandfather used to go to.

“It was important for me to do something very masculine — not to be confused with a hair salon, spa or lounge,” Mastey added. “If this takes off and the response is positive, which it has been, I’d love to do another outpost here in L.A.”

Mastey welcomes the influx of these trendy, independent businesses.

“I think it’s going to get more guys out of salons,” he said. “It’s great if guys get into the old-fashioned, nostalgic barbershop vibe.”