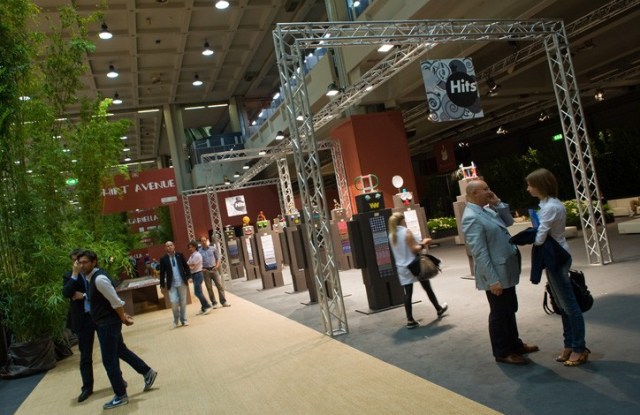 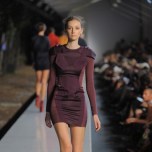 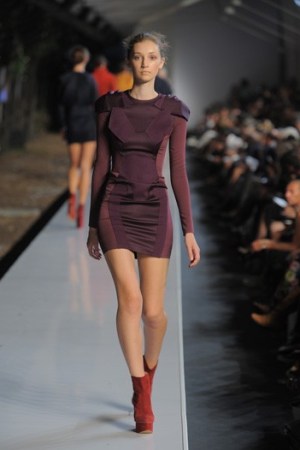 Berlusconi kicked off the show, which ended a four-day run on Friday at the Milan fairgrounds, with a 90-minute speech in which he said Italy was close to exiting the economic crisis.

However, the fallout of the global recession was evident as the ninth edition of the show drew 486 exhibitors, a decline of 7 percent compared with last year, and 24,000 visitors. SMI, the Italian Textile and Fashion Federation, reported a 30 percent decrease in Italian textile exports for the first four months of 2009 compared to the same period last year.

Executives at the show said the only way to tackle the recession was to hold out for a turnaround forecast for fall 2010. Milano Unica’s president, Pier Luigi Loro Piana, said industry experts estimated orders for 2009’s second half to yield between a 20 to 50 percent drop compared with 2008.

“The Italian textile industry has touched the bottom of this crisis and we are on track to recuperate lost ground,” Loro Piana said. “At the same time, our sector has resisted and hasn’t lost momentum of offering new fabrics.”

The show’s organizers sought to highlight that innovation with its first fashion show, dubbed On Stage. The presentation was sponsored by the Australian Wool Industry and featured collections by 10 emerging international designers. Loro Piana confirmed the runway show would return for the January show edition.

Piero Jacky, president of Jackytex, said he was optimistic for fall 2010 after two difficult seasons. Jackytex highlighted finishes that enriched natural fabrics such as wools, cashmere silk, alpaca and viscose blends. A series of fabrics for outerwear and accessories included shaggy black mohair infused with sparkly nylon, wool and polyester blends in oval-shaped and irregular plissé, and a cocoa-colored slinky, lustrous velvet.

“We aren’t interested in staging a war on quantities,” Jacky said. “We are a niche fabric producer that does amazing product for high-end brands. That’s what we will continue to do.”

Fur effects were presented by Tyber N.V., a mill with facilities in France and Belgium that specializes in imitation fur. Tyber presented chinchilla, rabbit and fox reproductions that featured dégradé printing and different lengths to give a more realistic appearance. Katharine Meyer, one of Tyber’s managers, said the mill experimented with cuts and colors to produce a series of “fun fabrics beyond copying animal skins.”

“It’s a really focused fair and the exhibitors are really being attentive to the prices, as well as pushing the envelope on creativity,” Moses said. “I like the fake furs with their great new textures that are great for outerwear pieces. Velvets also are softer lighter and make great seasonless fabrics.”

“These fabrics really catch your eye, that was our strategy,” said Gabriella Cima, sales manager for the Como, Italy-based mill.

Performance fabric specialist Olmetex unveiled its H2O protector, a cotton fabric that is waterproof as a result of its weave rather than due to the application of a finish.

“We took two years to develop it and already it’s yielding a lot of interest as…fabric for a turn-of-the-season jacket,” said Luca Breschi, executive vice president for Olmetex.

“One mill I worked with has developed new technology for coating metal fibers,” Spillman said. “This means that fabrics with metal are more versatile because the metal will not break and be sharp on seam allowances. I also saw many coat-weight fabrics with the hairy long-pile look in a range of compositions, with lots of alpaca.”