The textile fair held in central Paris, now in its third edition, targeted pre-collections for fall 2018. 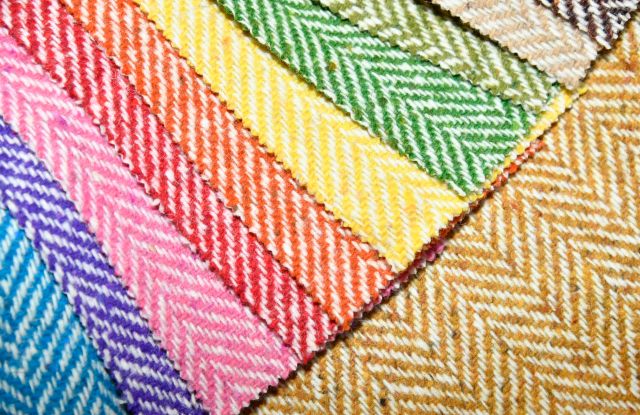 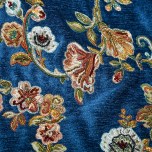 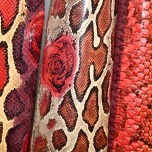 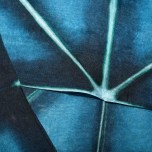 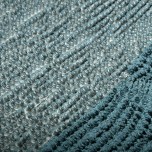 PARIS — Blossom Première Vision is carving out a niche on the Paris trade fair circuit with its edited selection of weavers and leather manufacturers showing at the Palais Brongniart, the former stock exchange in central Paris, on July 4 and 5.

Now in its third edition, buyers praised the timing of the show, which allows them to begin to gather inspiration for pre-selections before the summer break, while exhibitors lauded the busiest edition yet.

“The dates are great because we can start work on pre-fall before the summer,” said Sarah Missakian, head of collections for Joseph. “The main PV show, in September, will already be too late for that,” she said.

“Right from the opening of the show we have felt a true energy, much more than at the first two editions,” said Eve Corrigan, president of Malhia Kent. “We’ve had back-to-back appointments, which wasn’t the case for the first two editions. Visitors are arriving with real creative ideas, and they are concentrated on what they want. The dates are good, given how the seasons are getting more and more advanced.”

Visitors felt the more international vibe in the exhibitor lineup too. “This season is the best it’s been, there are a broader range of mills exhibiting and a wider variety of fabrics and trims,” said Paula Hayton, head of fabric development for Alexa Chung’s fledgling label.

There were 90 exhibitors present, compared with 60 at the first edition just a year ago.

Laurent Garigue, owner of the U.K. mill of the same name, said the advantage of the smaller show was that designers were more focused, and the visitor profile was much more targeted. “We’ve noticed that people give us more time than they would at the main show,” he said.

He reported a growing diversity of demand, with designers less focused on trends and looking for really different products that stood out. As such, color was the name of the game in Garigue’s pre-fall selection, with bright and neon hues on tweed and mohair, as in a striped neon brushed mohair fabric priced at 57.50 euros per meter.

Garrigue said business was good at the moment, and this was firing creativity. “The top 1 percent has never been as wealthy, which means we can really do our nut and be creative and not worry about selling price,” he observed.

Mahlia Kent’s Corrigan echoed this more positive sentiment expressed by many exhibitors, suggesting that things are looking up for Europe’s textile industry after several difficult years. “Business was a little bit difficult last year, and things have been looking a lot brighter for the past two months, I’m confident,” she said.

Novelties at the French tweed specialist’s stand included fringed tweed panels created especially for making skirts, in line with demand for maxiskirts on the market, as well as a fabric with a 3-D motif in the form of a tree, made with an ecological cotton base, wool and ribbon fringe details and metallic embroidery. These were priced at 40 and 45 euros per meter.

Exhibition director Guglielmo Olearo said he thought Blossom had really found its niche. “It’s more intimate, and people really take the time to look at what’s on offer,” said Olearo. “It’s a very high-end offer, with maximum customization possibilities, and you only have to look at the figures from the French and Italian luxury groups to see that the high-end business is going well, it is lower down the market that there are difficulties,” he explained.

PV’s fashion director Pascaline Wilhelm said in terms of trends, the season looked to be very rich. “In terms of colors, there will be a lot of darks with touches of brightness, neons and a lot of shine,” she said. “Oranges and russets will be very important in both fabric and leather,” she continued. “Fluidity is coming back in a big way, with plenty of viscose, silk and Cupro, it’s much more feminine, less stiff. The jacquards and embroideries are also strong.”

At French silk specialist Tissages Perrin’s stand, customers had been picking out floral jacquards with an 18th-century inspiration, priced at 34 euros, or $38.66, per meter, as well as metallic silks in graphic patterns.

The past three years have been tough for the family owned firm, one of France’s last remaining silk weavers. Jean-Laurent Perrin, president of the firm, which counts Hermès and Chanel among its customers, said it had seen “significant sales declines” since 2014.

“I hope that 2016 will have been a low point, and that 2017 will be the beginning of the recovery. We sense that, at least psychologically, there is a certain dynamism on the market,” he said.

“Price isn’t the problem, we can always find a way around that. The problem is declining volumes, when our customers buy less,” he said. “The fact that consumers are becoming more aware of quality and added value works in our favor, however,” he added on a more positive note.

Other highlights at the show included Japanese fabric and garment wholesaler Takisada Nagoya, which counts labels including Giorgio Armani and Calvin Klein among its customers. It was showcasing its Animatsu technique, named after a city in Japan, which uses a traditional hand knotting method to create 3-D fabrics and dyeing patterns, and can be used on any fiber. A tie-dyed pure silk, for example, was selling for 100 euros per meter.

Spanish company Isisi, a first-time exhibitor at Blossom whose customers include Gucci, Dolce & Gabbana and Chloé, was seeing strong demand for its elaborate fabrics including floral hand embroideries and metallized wools. Prices ranged from 50 euros per meter for the metallized wool to 200 euros for the hand-embroidered designs.

Within the leather section, Italian company Reptilis, whose customers include LVMH and Kering, was showing its hand painted and printed precious skins, priced at 70 euros per linear meter on average. Shades of orange and gold were particularly strong in its collection for pre-fall.