The new edition of Première Vision is targeted at the pre-collection market. 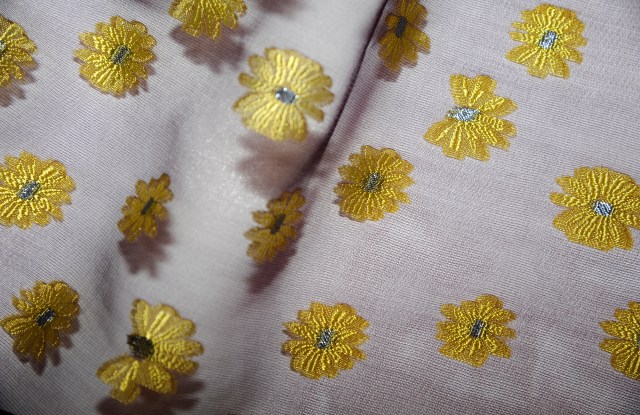 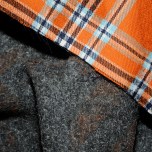 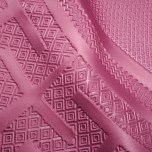 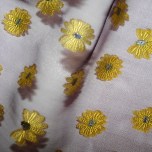 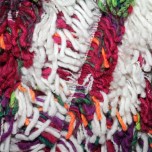 Based in the Palais Brongniart, the fair mainly targets brands based in France, Belgium, the U.K., Spain and Italy. Of the 861 visitors attending the niche event, 86 percent hailed from France. The U.K. was next, representing 3.5 percent of visitors, while the U.S. made up 1 percent of traffic.

Geared to the fall season, around 60 weavers exhibited along with a sprinkling of accessories manufacturers from across nine countries, led by Italy, France and Japan. The show coincided with Paris Couture Week.

In terms of exhibitors, Blossom Première Vision’s selection process was based on the ability to deliver quality new fabric proposals in early July and develop exclusive items for fashion brands, he said, adding that the event’s next edition, scheduled for mid-December, will open up to leather manufacturers and tanners targeting the bag and accessories markets.

“The name Blossom Première Vision evokes the beginning of the season. And that’s exactly what it is for us, too, because we will start gathering our fashion information for the fall season here, followed by New York, followed by Paris where the collections will be complete,” added Lasbordes.

Weavers and visitors lauded the event’s timing and location, even if business remains sluggish, impacted by political turmoil worldwide, including the EU economic sanctions on Russia and the economic downturn in key markets like Brazil.

“It’s a great space because it’s in downtown Paris and there’s that human scale that is maybe missing in Villepinte [where Première Vision shows],” said Marc Leblond, director of special projects for L’Éclaireur, who also oversees the store’s men’s wear line. Leblond is preparing the second chapter of Shigoto Project by L’Éclaireur x Première Vision for the February 2017 edition of Première Vision. The initiative invites designers and weavers to collaborate on a capsule for the retailer’s private-label Shigoto line.

“For sure the show is a good idea, as everybody is looking for new items earlier than usual. With women’s now showing men’s and men’s now showing women’s, a lot of weavers in Italy are reorganizing their collections and for the first time are ready with their fall collections two months in advance,” said Federico Boselli, founder of young Italian weaver Luxury Jersey, which presented a double-knitted polyester embossed with motifs using a heating technique and a double-layer wool knit fabric connected by polyamide threads to create air between the layers for warmth and lightness.

“It’s really exciting, it’s a great opportunity. It’s the first time we’re presenting a pre-collection, which involved some reorganization,” echoed Giacomo Bologna, commercial director at heritage French silk specialists Sfate & Combier. Demand is for fluid articles with a soft hand, he said, with new silks presented by the firm a velvet-effect fil coupé design on a chiffon base. Despite the upbeat mood, clients were still being cautious, added Bologna. “We have felt the impact the drop in tourism has had on our clients who are primarily from the luxury sector. Decisions are being made later and later.”

“I’ve been very surprised, they’re picking the stronger pieces like chunky threads, the thicker fabrics, a lot of coat weights. People are bored of furs and down jackets,” said Eve Corrigan, president of French tweed specialist Malhia Kent, which ranked 84th in a list of France’s highest performing companies in the July-August 2016 edition of French magazine L’Expansion. The 30-year-old company, which recently moved its headquarters to the Villa Labrouste in the upmarket Paris district Neuilly-sur-Seine, posted sales of around 20 million euros, or around $22.2 million at current exchange, in 2015, with double-digit growth over the past seven years.

Debs, a third-generation Tokyo-based family-owned weaver specializing in polyesters and cupro, presented a yoryu-style cupro with a controlled crinkle effect dubbed Voodoo. The company will fete its 100th anniversary next year.

Other Japanese exhibitors included B.O.B., whose new styles included a reversible stretch combed wool and a formal wool silk for jackets that doesn’t crease, and wool specialist Tsuboyoshi Orimono which presented a bonded wool fabric that had been needle-punched to pull the backside color through. “With all the world issues going on, demand is a little slow. The whole Brexit thing has been a big shock, the effect on the exchange rates has had a big impact for us and we have no visibility on how things will pan out,” said the weaver’s manager Takeshi Nakano.

Visiting the booth of synthetics specialist, Komatsu Seiren, whose highlights included a new technical suede with shape memory; Luke Georgeson, a designer at British label Maharishi, echoed Blossom’s early-bird sentiment, saying: “It’s great, it comes earlier in the season so it forces us to get designing a bit earlier.”