Bogosse Branches Out Beyond Shirts

The brand has used the strength of its oft-imitated dress shirts as a launch pad for a full collection. 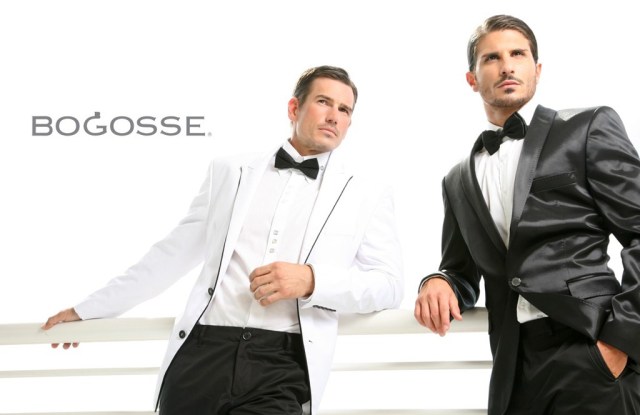 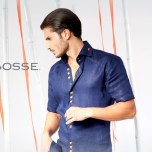 MIAMI — Bogosse has used the strength of its oft-imitated dress shirts as a launch pad for a full collection.

Founded by Haitian brothers Fabrice and Patrick Tardieu in 2004, the line’s signature shirts feature novelty buttons, contrast stitching, and cuff and collar details such as leather. The success of the men’s shirts has led the company to expand into sweaters, suits, T-shirts, polos and swimwear as well as women’s and children’s capsule collections.

“We wanted to make the men’s equivalent of the Hervé Léger dress that slims and elongates the body, and makes people feel good,” said Fabrice, adding this “Miami” look has appealed to men from Saint-Tropez to Dubai searching for a spiffy top to pair with jeans.

One locale that definitely gets it is Las Vegas, where Neiman Marcus has posted strong sales, according to Patrick. He reports nearly 125 shirts and 40 blazers were sold during a big boxing match weekend in September, leading the store to double the brand’s floor space. They also collaborated on limited edition, exclusive shirts in stripes, jacquards and six colors, retailing for $295. Regular dress shirts retail from $165 for short sleeve to $198-$230 for long.

Russ Patrick, senior vice president and general merchandise manager of men’s for Neiman Marcus, said shirt details and customization, especially if they translate to night, are strong selling points. Neiman’s carries the collection at 20 doors. “Their energy is contagious whether at a trade show or on the selling floor,” he said.

Dress shirts make up 70 percent of Bogosse’s sales at 350 doors worldwide including Nordstrom, the number-one account, and Lina Cantillo in Miami Beach, the top boutique. Sales in this category are running 26 percent ahead of last year, according to the brothers.

Due to knockoffs, they’ve toned down ornate embellishment and concentrated on fit and elegance. After ballooning to 110 dress shirt styles, the brothers have pared down the offerings to 65. Pima cotton T-shirts in six colors, which initially didn’t take off when introduced a few years ago, are now strong sellers at $60. Patrick attributes this to a newfound interest in the company’s blazers, which debuted in 2010 and retail from $495 to $750.

“The blazer T-shirt combo gave us a whole new market in places like Belgium, and jackets sell in Vegas and Miami even during summer,” said Patrick.

In 2010 polos launched with similar novelty buttons and plackets, and fashion colors like lavender, lime green and orange. They retail for $90. Suits and tuxedos are next up, hitting stores in December.

The formalwear is sold as separates and doesn’t require tailoring. Tuxedo jackets are meant to be worn with jeans.

“We want everything to be easy and available in the sportswear department,” said Fabrice.

Swimwear in two styles and six solids and prints for $130 also ships in December. “Men were tired of cutesy prints. They wanted something sexy and transitional,” said Fabrice.

Mid-December, the brothers will also announce locations for their first two freestanding stores in North America and Europe.