In commemoration of the milestone, a special men’s line called Calvin Klein Modern Classic has been created. 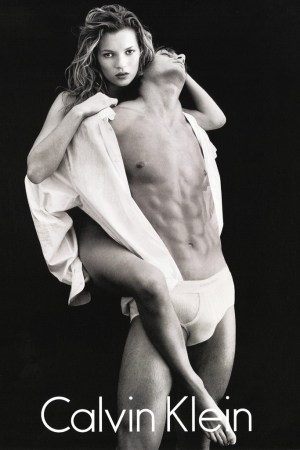 Calvin Klein Underwear is marking its 30th anniversary in the world of sexy, cutting-edge underwear.

The new group of cotton stretch microfiber is being launched at retail this fall and combines the classic look of the brand’s signature gray logo waistband with an updated, contemporary fit. Styles in solid shades of shark gray, red, black and dark blue with red stripes include a low-rise brief, a trunk and a boxer brief. Suggested retail is $24 for the low-rise style and $28 for the trunk and boxer brief.

“The collection is inspired by the foundation of the brand and updated with modern fabrics like cotton stretch microfiber. Who thought 30 years ago that men would be wearing so much microfiber?” asked Mazzoli.

The back of the packaging for Calvin Klein Modern Classic describes the line as “Modern. Minimal. Sexy…In 1982, Calvin Klein Underwear was created and forever changed the way the world views what to wear under clothes. Today, these iconic designs are as provocative and revolutionary as ever.”

Mazzoli added that the “unique” combination of classic and modern styling speaks to both the brand’s heritage as well as its future.

Calvin Klein Underwear is a division of Warnaco Group Inc.